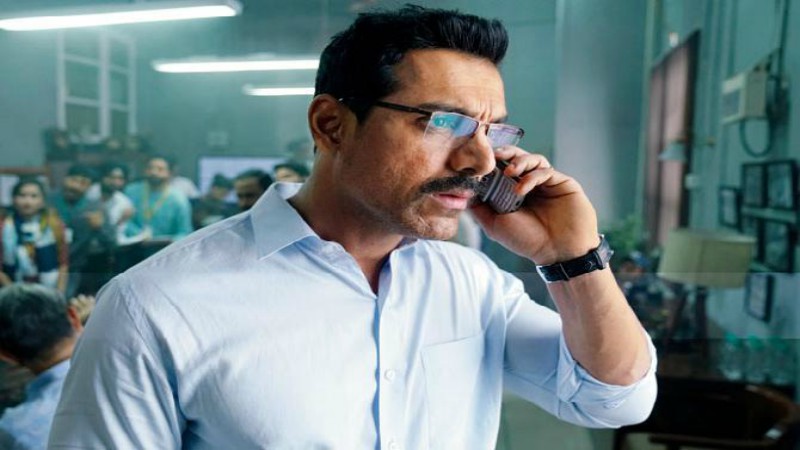 Actor John Abraham says that due to delay in the final prints, the first day collection of Batla House will be affected.

The Delhi High court gave the go-ahead to the release of the film Batla House on August 15, after the film makers agreed to certain modifications, which includes cutting certain scenes and bleeping certain names and putting up a disclaimer. The last minute changes have caused filmmakers to arrange new prints and send them across pan India, which takes time.

When asked about the whole issue, filmmaker Nikkhil Advani said, “See, we have sent the message across, our distributor has been notified and they have further taken action. People who have booked the tickets in advance, we will handle it with our distributors, but we would to take this opportunity and this platform and apologize to each and everyone for the delay, we’ve tried out level best but it takes time for the print to reach. So it will affect out first day collection, but we still wanted to come on this date, 15th August”

Actor John Abraham also quipped, “Due to the cuts and beeps, the prints will be late and it will definitely affect our opening day collection”.

The filmmakers agreed to put certain disclaimers and delete some scenes in the movie which were objectionable to the petitioners – Ariz Khan, who is facing trial in the Batla House encounter case, and Shahzad Ahmed, who was sentenced to life imprisonment by a trial court and his appeal is pending in the high court.

Film producer Madhu Bhojwani, though agreed to terms and conditions of Delhi High Court, but finds the whole thing Sad for the filmmakers and producers.

She added, “Not just with this film, in my experience I have seen that we keep getting notices from somewhere about something or the other. Either it’s the issue with title, or something else, we become a soft target…A huge amount of money is spent to make a film, the sheer volume of work-force associated with the film, the money spent on P&A and exposure, it all adds up to an incredibly huge number. And at moments like this, producers have to give in; you don’t have much of choice”

“Last week has been stressful for me in this business. The story is in public domain, everyone knows about it. Perhaps people in Mumbai don’t have much information on the Batla House. It’s been 11 years since the encounter, and we make so much noise about the freedom of speech, but it is sad that under that guise you’re not able to tell a story which is already in public domain. We agree, understand and agree to High Court decision, but it has been stressful”

Batla House is directed by Nikkhil Advani. The film is inspired by the Batla House encounter case that took place in 2008, the film stars John Abraham, Mrunal Thakur and Ravi Kishan in the leading roles.

The film is scheduled to be theatrically released in India on 15 August 2019.