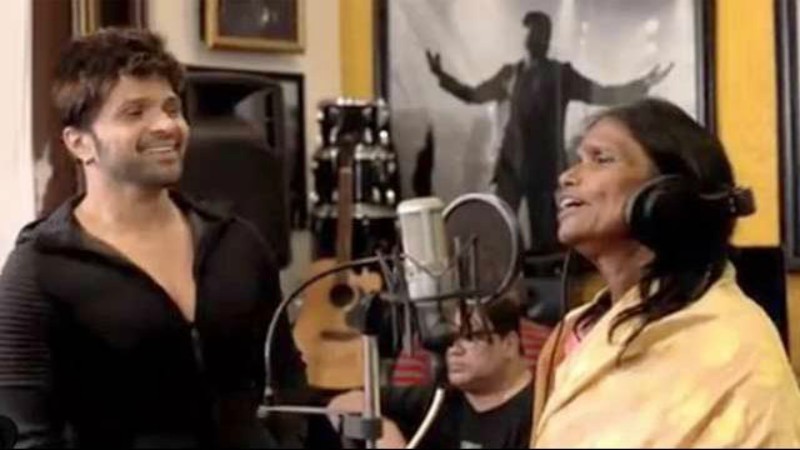 Ranu Mondal became an internet sensation weeks ago through a viral video and is now making her Bollywood debut with singer and composer Himesh Reshammiya.

After a special appearance on a talent show, Ranu Mondal recorded a song for Himesh, he shared a video clip from the recording room revealing which song it is.

On Monday, Reshammiya posted the clip and wrote, “Production of the song is in progress, this is just a scratch. Thank you, dear people of the globe, for bringing this unadulterated smile on Ranuji’s face. Her versatility and confidence is growing with each song… ‘Aashiqui Mein Teri’ from ‘Happy Hardy and Heer’ is proof. Lots of love, wishing all of you a very Happy Ganesh Chaturthi.”

Mondal’s first viral video showed her singing Lata Mangeshkar’s song “Ek Pyaar Ka Nagma Hai” on a railway platform in West Bengal. Since then she appeared in a talent hunt show, recorded songs in Hindi and Bengali and has also reunited with her daughter.

Meanwhile, on the work front, Himesh Reshammiya is gearing up with his next movie, Happy Hardy and Heer, which is directed by Raka, also starring Sonia Mann, a Punjabi actress will mark her second Hindi film as a lead actress, she debuted in 2014 Hindi film ‘Kahin Hai Mera Pyar’.

Alcohol Addiction, Surprising Home Remedies to get rid of it