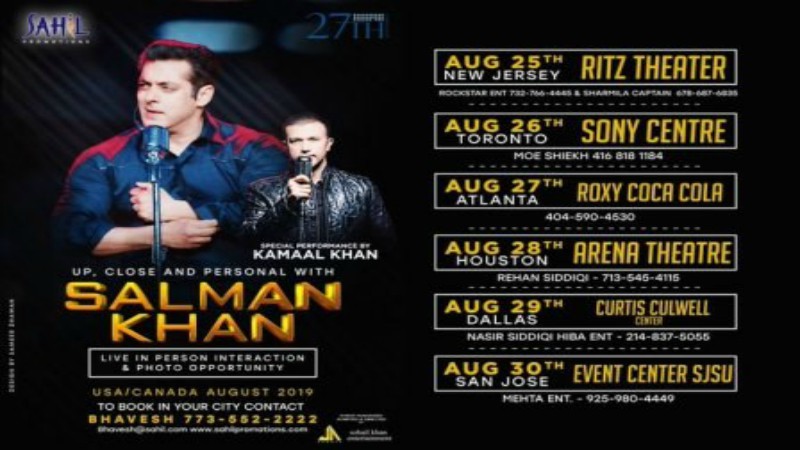 After touring the world with his massively popular squad in “DaBangg” tour, superstar Salman Khan has announced the dates of his ‘live interaction’ tour in the US and Canada.

During the release of Race 3, Salman Khan along with his entire troupe, which also included Sonakshi Sinha, took the crowd by storm in USA and Canada.

Meanwhile, on the work front, Salman Khan will be next seen in ‘Dabanng 3’ co-starring Kichcha Sudeep, Arbaaz Khan and Sonakshi Sinha. The film is helmed by Prabhudeva.

He will also feature in Sanjay Leela Bhansali’s ‘Inshallah’ which stars Alia Bhatt as the female lead. Not to forget, the second installment of ‘Kick’ is all set to start rolling next year. Jacqueline Fernandez will be sharing the screen space with Salman once again.