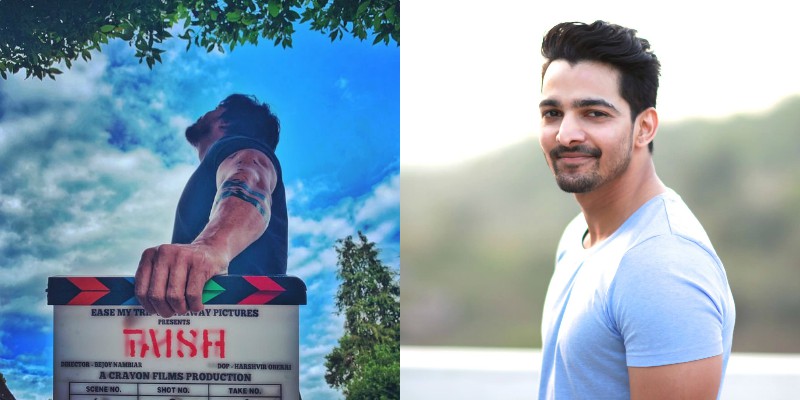 Actor Harshvardhan Rane has started shooting for his upcoming film ‘Taish’ which is helmed by Bejoy Nambiar. The film is reportedly a revenge drama, which is slated to hit the screens next year. The film recently went on the floors in London.

Harshvardhan took to his social media handles to share the news that he has started working for the film. The actor shared a picture with the team of the film.

Harshvardhan captioned, “#TAISH…begins with fire and much more, many dreams, many stories behind the camera and in front”

Known for his experimental style, Bejoy made his Bollywood debut with the 2011 film, Shaitan. His last Hindi film was Wazir (2016), starring Amitabh Bachchan and Farhan Akhtar. He directed the Tamil-Malayalam bilingual Solo in 2017 and the web-show Flip in 2019.

The film also stars Pulkit Samrat, Jim Sarbh, Harshvardhan Rane, Kriti Kharbanda and Sanjeeda Sheikh in pivotal roles. It was earlier reported that the director had been working on the script for a long time. The film will be completely shot in the UK.