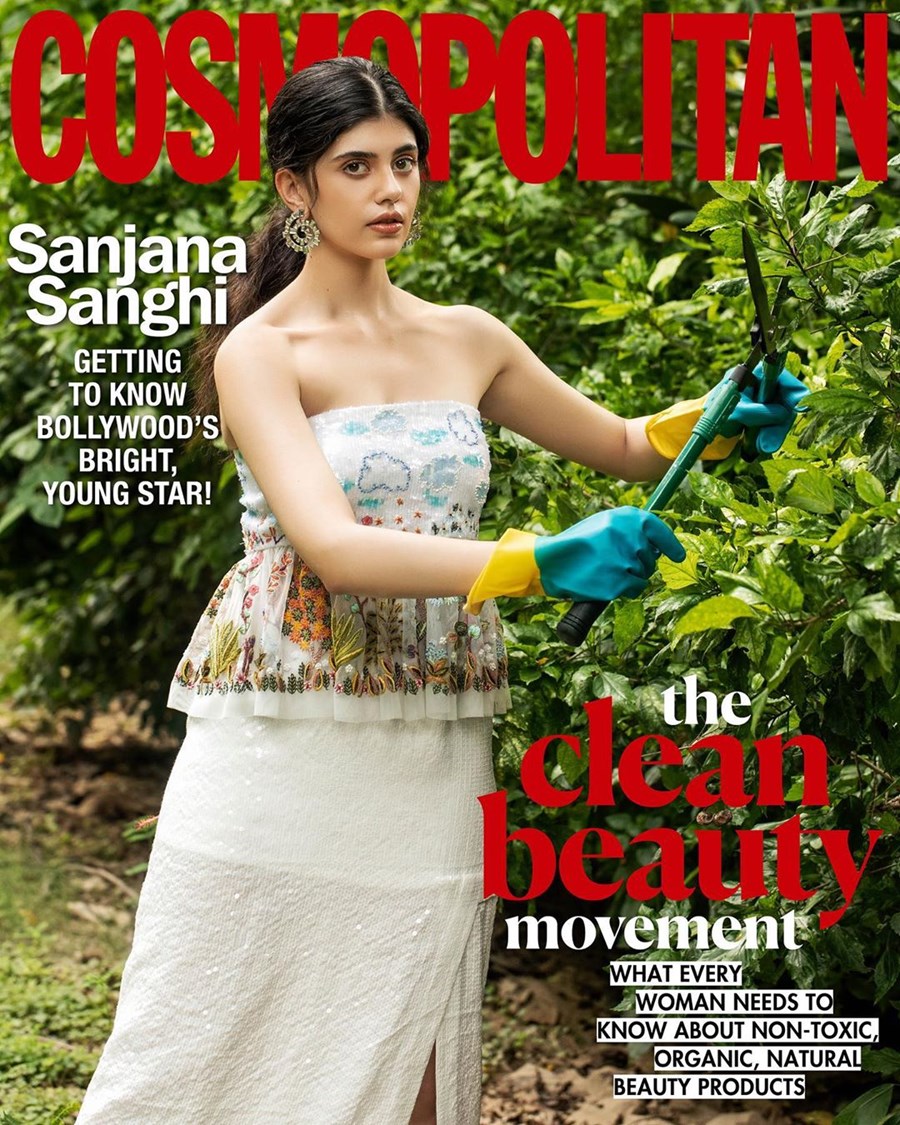 Debutante actress Sanjana Sanghi is in for a double treat. Her movie Dil Bechara has opened up in theatres in Fiji and New Zealand, and now the stunning diva is looking gorgeous on the digital issue of Cosmopolitan India.

Sanjana Sanghi is the cover-girl of Cosmopolitan India September Issue. The magazine is out with the digital cover on social media. They captioned it, “Cosmo India’s Digital Covergirl Sanjana Sanghi is the one to watch—and she recently made her big, Bollywood debut in #DilBechara, opposite #SushantSinghRajput. Cosmo Ed @nandinibhalla chats with the actor about the film’s phenomenal success, working with #Sushant, and what lies ahead for the bright, young star”

They also dropped some of the snippet from the interview, where Sanjana talks about her dig debut, she said, “The film released a month ago, and it has felt like one of the longest months of my life. Because even though time was flying, there were these complex emotions inside me. I haven’t been able to feel proud or joyous or celebratory for a single moment”

“I wish I could have found a fleeting moment to give myself a pat on the back. That said, I felt a lot of gratitude for how the audience gave this tribute to Sushant; and for how even in a pandemic, the team brought the film to the people in a way Sushant deserved. I hope, in some months, I am able to feel proud about Kizie and how people have loved her” read the note.

Sanghi started her career as a child artist in the 2011 film Rockstar before her roles in the 2017 films Hindi Medium and Fukrey Returns. Her first major role was opposite Sushant Singh Rajput in Mukesh Chhabra’s 2020 film, Dil Bechara.