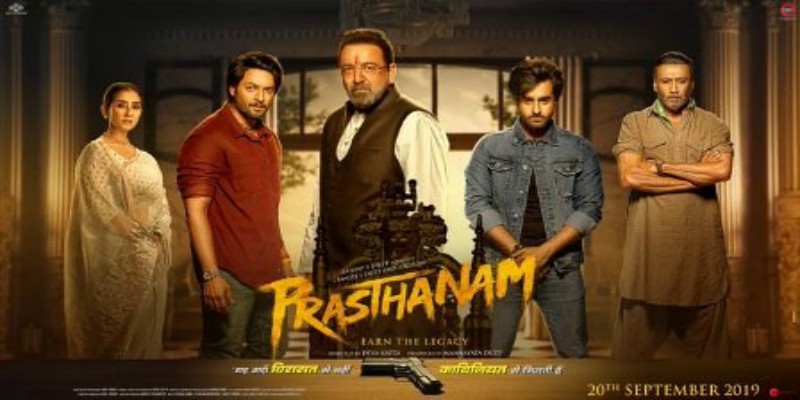 After dropping an extended tease-trailer of the film, the makers are out with stunning new poster of Prasthanam, starring Sanjay Dutt in the lead role.

Prasthanam is an upcoming political action film directed by Deva Katta. The film is produced by Maanayata Dutt under her own banner Sanjay S Dutt Productions. The actor Sanjay Dutt is playing the role of a politician in Prasthanam.

The film is a remake of the Telugu classic of the same name. The Telugu Prasthanam hit the screens in 2010. The film is set to release on 20 September 2019.

Apart from Prasthanam, Sanjay will also be seen in Sadak 2 and KGF Chapter 2. Dutt’s first look from the film was also released today, on Sanjay’s 60th birthday.

Himesh Reshammiya and Sonia Maan In Ishqbaaziyaan, Song Out