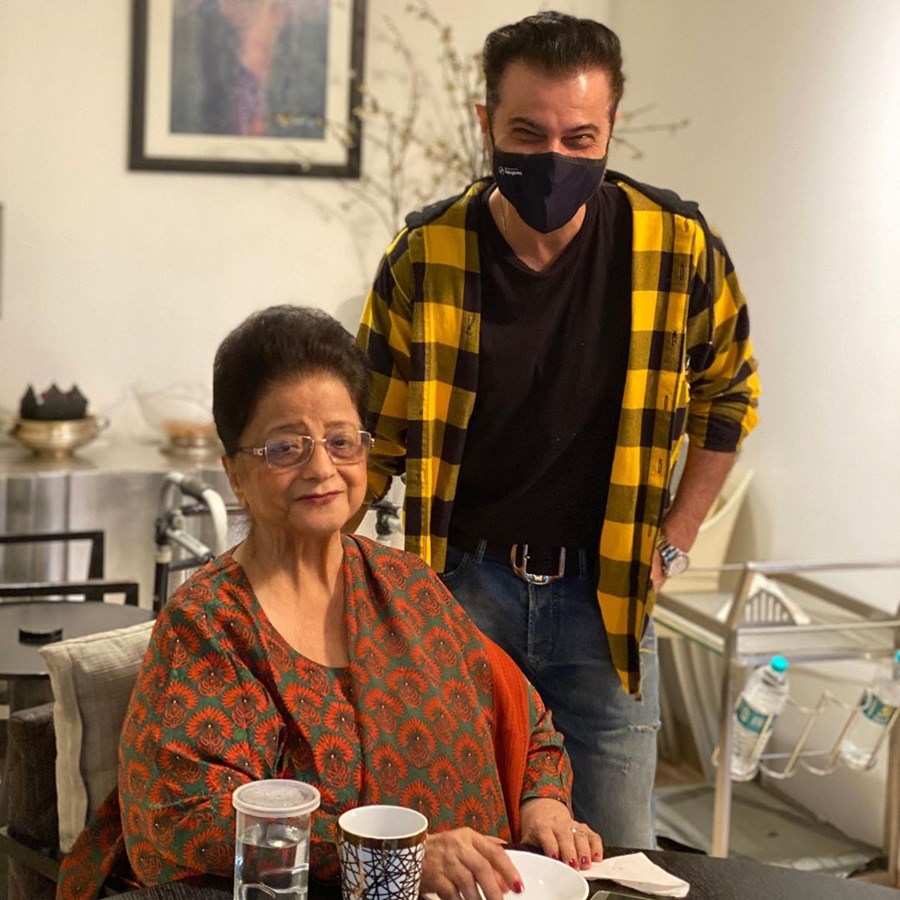 Actor Sanjay Kapoor on Thursday shared pictures with his mother Nirmal Kapoor along with his son Jahaan Kapoor. Sanjay said that he is feeling really happy meeting his mother after long time in the period of lockdown which has been imposed due to coronavirus pandemic.

In the pictures, Sanjay Kapoor and his son Jahaan can be seen wearing face masks and smiling at the camera along with Nirmal Kapoor.

On film front, Sanjay Kaoor was last seen onscreen in Abhishek Sharma directorial ‘The Zoya Factor’ in which he played role of a father to his real life niece Sonam Kapoor Ahuja.

Sanjay Kapoor next will be seen in a Voot Select’s upcoming web series titled ‘The Gone Game’ along with Shweta Tripathi, Shreya Pilgaonkar, Arjun Mathur, Indraneil Sengupta, Dibyendu Bhattacharya and Lubna Salim, among others.

‘The Gone Game’ revolves around the Gujral family. The series unravels the mystery behind a death in the family, which takes place during the novel coronavirus pandemic. Was it due to the virus or was it a planned murder? That’s the mystery that will be solved through the course of the show.

Directed by Nikhil Nagesh Bhat, ‘The Gone Game’ has been shot remotely from the confines of the actors’ homes, with the help of limited equipment.

Janhvi shares her many moods during digital promotion of ‘Gunjan Saxena: The Kargil Girl’