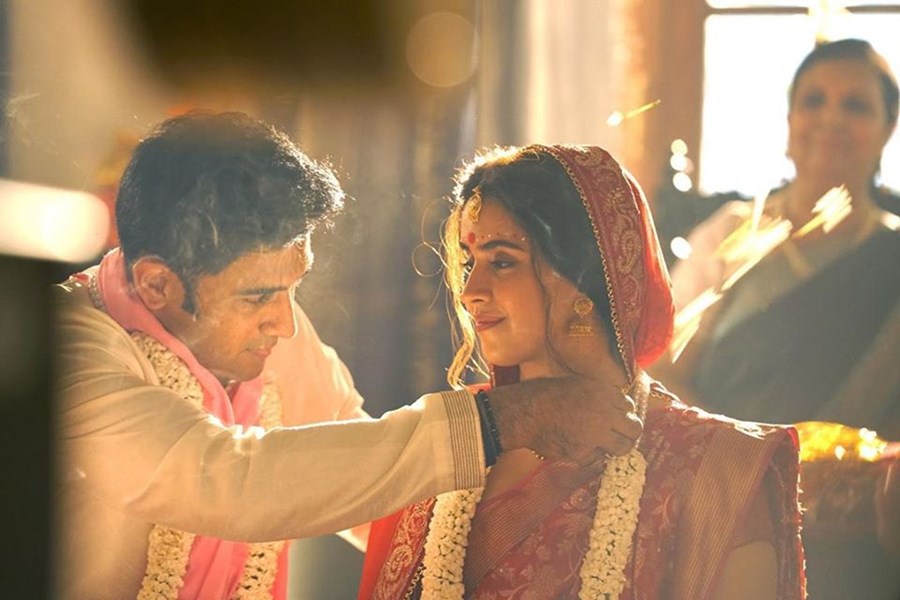 Actress Sanya Malhotra, who next will be seen onscreen in ‘Shakuntala Devi’, has introduced her ‘reel’ husband, actor Amit Sadh from the film.

Taking to Instagram on Wednesday, Sanya shared a picture along with Amit Sadh in which he can be seen tying the Mangalsutra to the actress, and Sanya is seen smiling on their wedding day.

Sanya’s latest post got around 100K likes on Instagram. Her colleagues Fatima Sana Shaikh, Namita Dubey, Gajraj Rao, and others also appreciated the picture in the comment section.

In ‘Shakuntala Devi’, Vidya Balan is playing a titular role who was also known as the Human-Computer, and Sanya Malhotra is playing her daughter in the film.

‘Shakuntala Devi’ is a biographical-comedy drama film written and directed by Anu Menon and produced by Sony Pictures Networks India and Vikram Malhotra under his banner Abundantia Entertainment.

The film was scheduled to be theatrically released in India on 8 May 2020. Due to the COVID-19 pandemic, the film will not be released theatrically and will stream worldwide on 31 July 2020 on Amazon Prime Video.