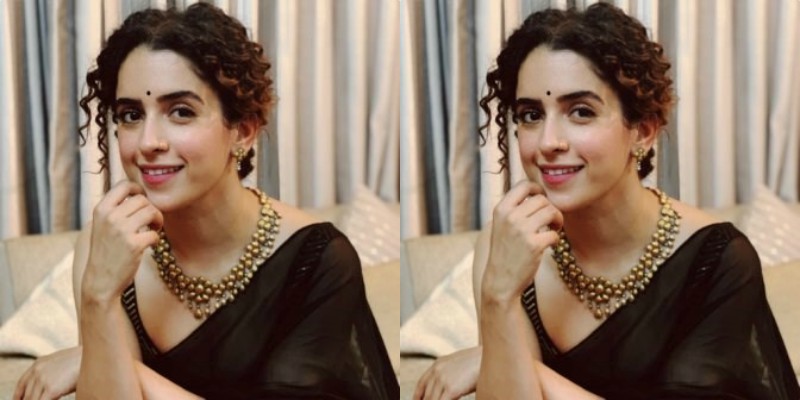 Sanya Malhotra took to her Instagram to announce her next project as Shakuntala Devi biopic which is lead by Vidya Balan. The actress will be seen as Vidya’s on-screen daughter Anupama Banerji.

She shared the news with fans on Daughter’s Day and wrote on Instagram, “Excitement quotient is max! Time to trace the coordinates of Shakuntala Devi’s daughter – Anupama Banerji’s journey.”

Malhotra talked about the film in a statement, “I am very excited to play the iconic Shakuntala Devi’s daughter – Anupama Banerji. Everyone knows the achievements of the math genius Shakuntala Devi. I’m thrilled to bring on-screen this dynamic mother-daughter relationship and equally thrilled to work with Vidya Balan. Also looking forward to my first association with Sony Pictures Networks Productions and Vikram Malhotra,”

Film’s director Anu Menon also revealed Sanya matched her vision for Anupama “When I met my namesake Anupama Banerji, Shakuntala’s daughter, I went to find the story of a maths whiz – but through spending time with Anupama, I found the story of a woman who was not just a computer but human too. And I can’t think of a better person than Sanya who can capture the love of a daughter for her indefinable mother.

Sanya instinctively understood the character and her journey – and I can’t wait to start shooting with her. I think the audience will fall in love with both Sanya’s and Vidya’s characters,” she added.

Top 10 Honeymoon Destinations in India Every Couple Should Go!