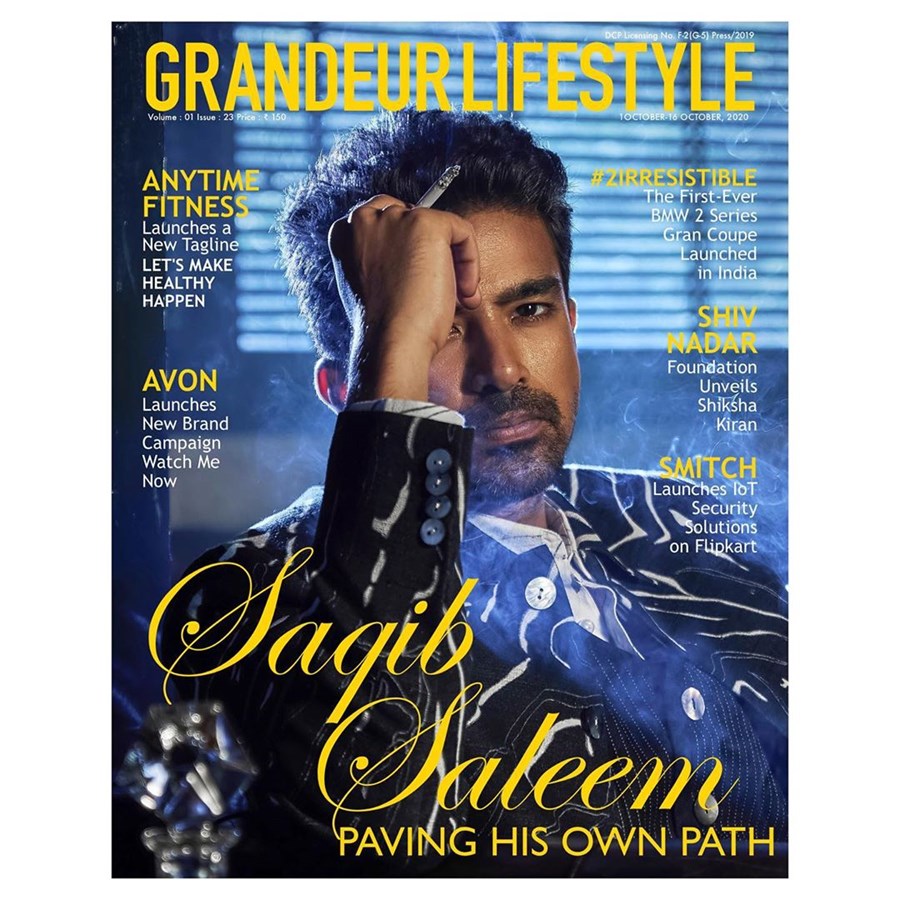 Saqib Saleem has recently impressed the audience with his performance as Riyaz Pathan in ‘Crackdown’ and Deep Sharma in ‘Comedy Couple’. Audience got to see two different versions of him in these two projects. The actor who is basking in the success of his latest releases has graced the cover page of October issue of ‘Grandeur Lifestyle’ magazine.

Sharing the cover with his fans, he wrote, “Cover Alert”. Saqib looks intense and amazingly handsome in this cover page. The cover caption reads as ‘Paving his own path’ which suits him totally as the actor is on his own path to create his own name and place in the Entertainment Industry.

Saqib started his career from the film ‘Mujhse Fraaandship Karoge’ in the year 2011 and it is now after hard work and dedication of 9 years that his work is getting recognised and appreciated.

On the work front, he will next be seen in Kabir Khan’s ’83’ which is a sports drama film. It is jointly produced by Kabir Khan, Vishnu Vardhan Induri, Deepika Padukone and Sajid Nadiadwala. The film will focus on the country’s incredible cricket World Cup victory in 1983.

The film is now scheduled to be released on Christmas 2020.