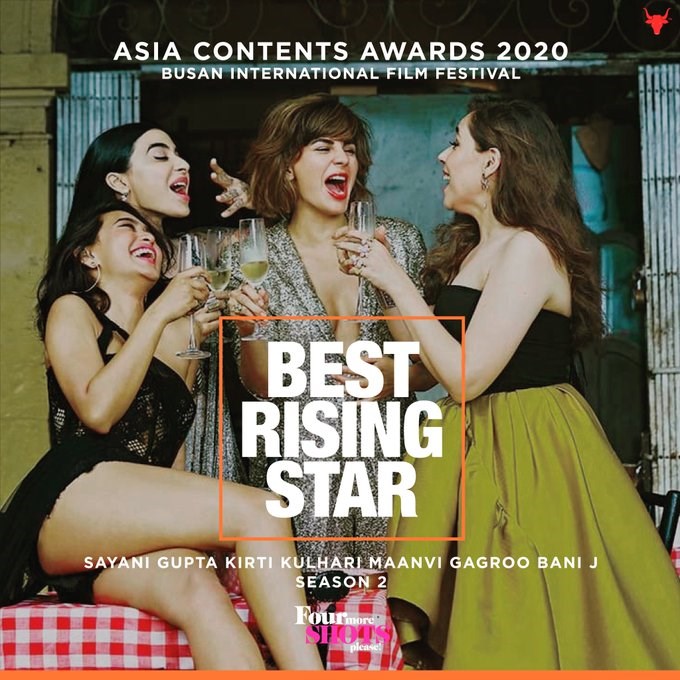 Produced by Pritish Nandy Communications, ‘Four More Shots Please! Season 2’ is the only Indian title to have won an award at the 2nd Asian Content Awards 2020, following stiff competition from entries from across Asia including China, Korea, Singapore, Taiwan, Indonesia, Japan and Thailand.

Four More Shots Please! is directed by Anu Menon and Nupur Asthana. The series follows the story of four unapologetically flawed women (two in their 30s and two in their early 20s) as they live, love, make mistakes and discover what really makes them tick through friendship and shots of tequila in millennial Mumbai; The series is Amazon Prime Video’s first all women protagonist Indian Original starring Sayani Gupta, Bani J, Kirti Kulhari and Maanvi Gagroo.

The first season was one of top three most-watched Amazon Original Series from India in 2019, and season two was called “the most-watched Indian show on the platform” in May 2020. Shortly after season two was released, Amazon announced that season three was in the works.