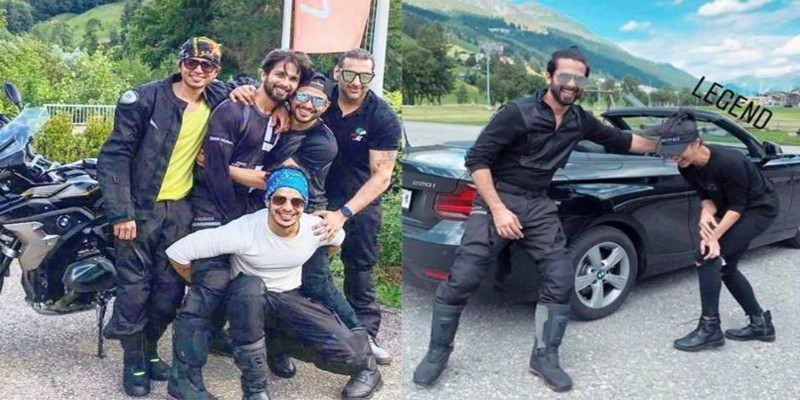 Actor Shahid Kapoor is currently biking with his friends across Europe and the pictures are proof, he is having a great experience driving amid the water bodies and lush green surroundings. The actor is accompanied by brother Ishaan Khatter, actor Kunal Kemmu, and others.

Sharing a picture with his bunch of friends on Instagram, Shahid wrote, “Happy vibes. Boys with their toys. #bikerboys.” While Shahid and Kunal can be seen at the center, Ishaan is sitting on the ground while holding their legs.

Kunal also shared several pictures from their bike tour on Instagram. He introduced his team in one of the pictures which he captioned, “The crew!!” Kunal can be seen at the center with Shahid and Ishaan beside him in the picture.

Shahid is currently basking in the success of Kabir Singh which became the biggest grosser of this year with domestic box office collections of around Rs 250 crore.

Kunal was recently vacationing in London with Soha, daughter Inaaya where they joined Kareena Kapoor, Saif Ali Khan, and Taimur. He had also shared several fun pictures with the two kids from their vacation.