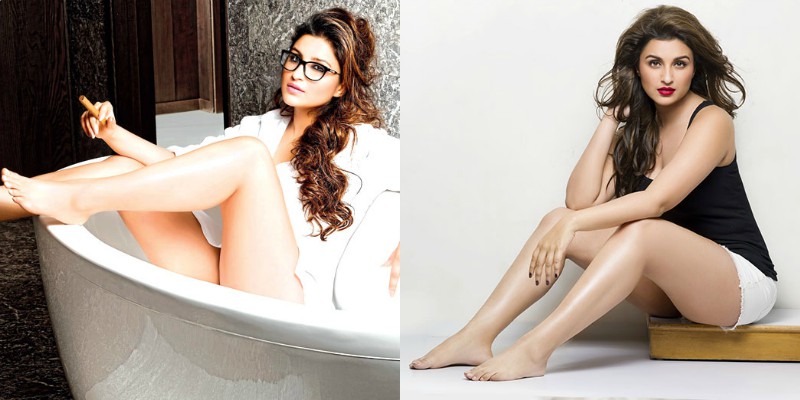 Amidst of the promotional spree for Jabariya Jodi, actress Parineeti Chopra has kick-started the shoot of her next outing ‘Girl On The Train’ in London, and shares candid picture on her social media about her most difficult role to date.

The Girl on the Train is a 2016 mystery thriller drama film, based on British author Paula Hawkins’ popular 2015 debut novel of the same name. The film follows an alcoholic divorcée named Rachel who becomes involved in a missing person’s investigation. The American film is being adapted in Hindi now, with Parineeti Chopra stepping in to play the role portrayed by Emily Blunt in the original.

Parineeti Chopra took to her social media and shared, “So! We’ve started shooting for #GirlOnTheTrain in London. It’s my MOST difficult role to date; I feel like I’m in a hostel, with no time (or headspace) for social media or chilling or doing anything else”

“It’s a new experience for me – being cut off from everything and everyone else. Will share the first look soon! This picture was the only “timepass” I’ve done on set so far” added actress.

Actors Kirti Kulhari, Aditi Rao Hydari, and Laila Majnu star Avinash Tiwary are also a part of the Hindi adaptation, which is being directed by Ribhu Dasgupta, who has previously helmed TE3N featuring Amitabh Bachchan.

Apart from Jabariya Jodi and Girl On The Train, actress Parineeti Chopra also got “Sandeep Aur Pinky Faraar and Bhuj: The Pride of India in her kitty.