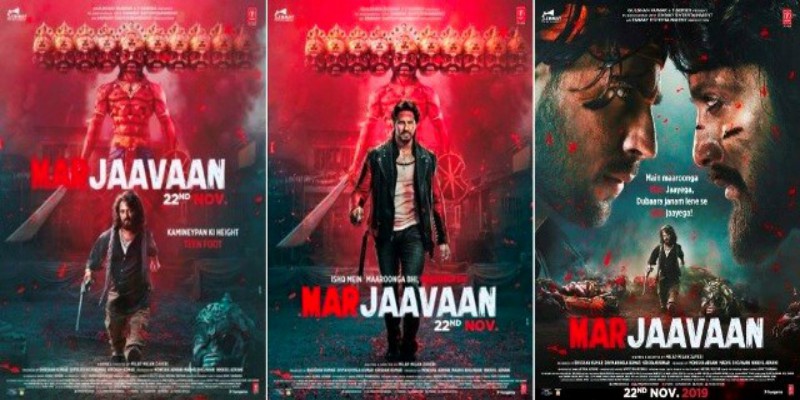 The first look of “Marjaavaan” is out and it’s intense, gritty and intriguing. The makers have dropped three new posters from the film, featuring Sidharth Malhotra and Riteish Deshmukh.

Sharing the first look poster, leading lady Rakul Preet tweeted, “How excited are you for #Marjaavaan? The film releases on 22nd November 2019”

With the first look, Sidharth also shared the new release date which is November 22, 2019. It has been shifted from October 2. The VFX work is still to be worked on and it will require time.

Marjaavaan is produced by Nikkhil Advani and T-Series, the film is currently slated for 22 November 2019 release.