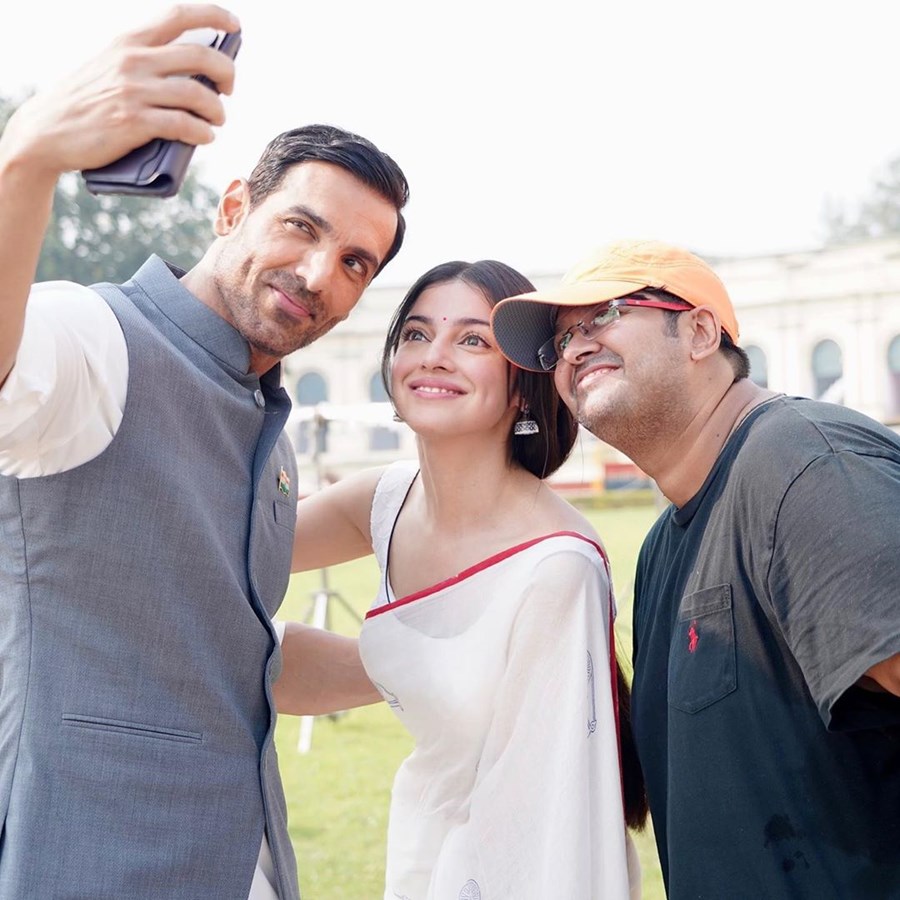 Team Satyameva Jayete 2, including John Abraham, Milap Zaveri and Divya Khosla Kumar are camped in Lucknow. The shooting for the film has resumed after a long break and singer-turned actress Divya is nothing to grateful for the opportunity.

Divya Khosla Kumar, who is making her comeback to silver-screen as actress in Satyameva Jayate 2, just took to her social media and dropped a candid picture on the sets in Lucknow and wrote, “Finally after a year & the half long wait my film #SatyamevaJayate2 goes on floor…Extremely Thankful for this opportunity…Thank You Godji…Thank you @thejohnabraham @milapzaveri @onlyemmay @nikkhiladvani…Thank you to all my dearest Fans & well wishers for your constant LOVE & Support #grateful #divyakhoslakumar #divians”

Before the coronavirus struck, Satyameva Jayate 2 was based in Mumbai but now some changes have been made and John’s character in the film is rooted in Varanasi. The transition will give the film a pan-India feel, appealing even to the viewers in the interiors.

The team will continue shooting till January 2021. The team will also be shooting for a few days at a Mumbai studio early next year before calling it a wrap.