The Most Weird Custom of ‘One Wife Shared Between Many Husbands’ In India! 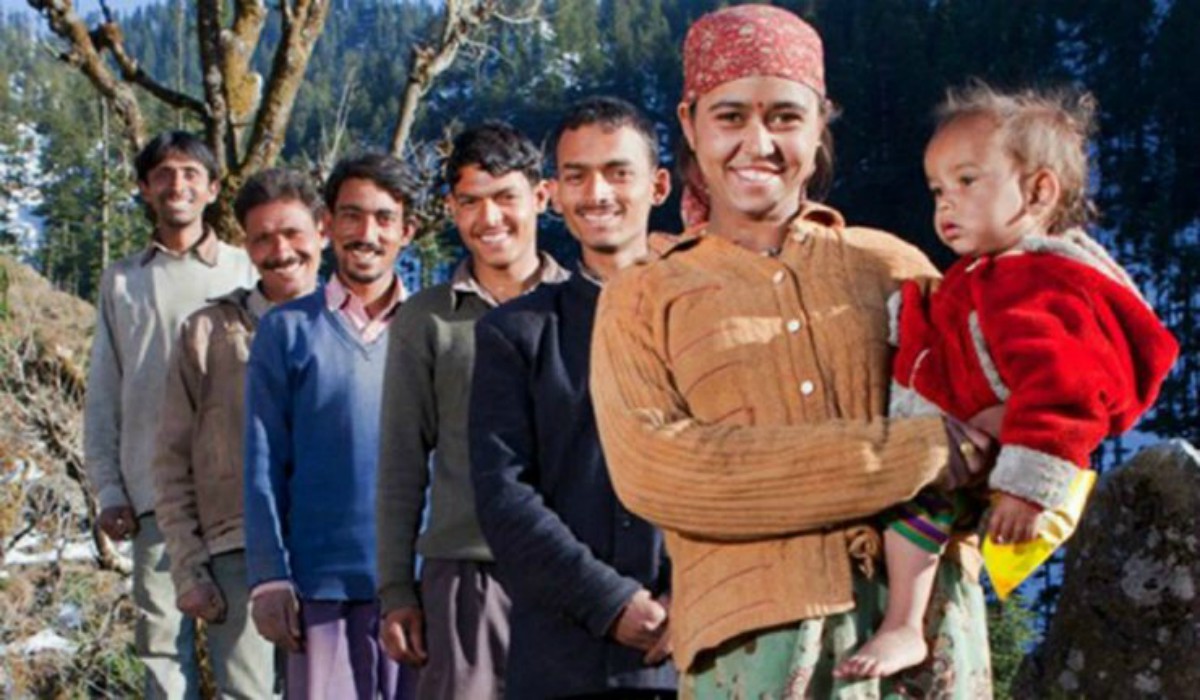 A woman marrying more than one man – An unusual tribal custom

– The practice of Polyandry – Where a woman has multiple husbands.

– Children fathered by two or more men with one single woman as mother.

– One of the many husbands waits for his turn when the other husband is spending his time with his lady.

– ‘Share wife and save the land’ is considered to be kind of mantra to the people of Kinnaur district.

Well, the practice of women hitching up to umpteen men seems to be weird and unusual in this modern century. It is known to be the tribal custom in the remote district of Himachal Pradesh. This tribal custom is still in practice in Kinnaur district and the reasons behind the unveiling curtains are to hold ancestral lands.

Situated amidst the juggernaut area of apple-growing, that is about 200 km from Shimla in the mountainous place of Kinnaur district in Himachal Pradesh, Sangla is known to be the most popular honeymoon destination for couples. It is even the best place for the people who are seeking for a romantic ambiance. A dainty woman named Sunita Devi aged 28 hitched up both Ranjit and Chander in the village. She actually jumped into polyandry and it is considered to be illicit though. She also put forth she is lucky to have the affection of two husbands in an interview. The family lives in this place called Boning Saring, naturally amidst the apple orchards on the edge of the river Baspa. They are blessed with four children sharing two fathers and a single mother. This, in turn, figured into the symbol of Polyandrous tradition in the tribal territory.

Though the outsiders might feel uncomfortable with this weird custom in the 21st century, the brothers – Ranjit, a part-time postman, and Chander, who runs a grocery shop, have never felt uncomfortable about sharing a wife even a single time. Even the husbands of a woman should wait until for their turn when the other husband is with his wife and even this has not been an uncomfortable factor for the brothers. Not only these two locals, but we also have 15 other families in the tiny village that have to stick to the traditional custom of the tribe.

The district has been inhabited with the drastic sex ratio with 857 girls for every 1000 boys, even though there are no cases of female feticide you could dig up. However, this factor of the skewed ratio itself approves the polyandry tradition and helps in the economy fare. We have an example to explain this economic fare- Here lives the ironsmith brothers named Tashi Tsering, aged 65 and Namgayal Tsering, aged 62 in Katgaon village of Bhaba Valley, have been sharing a wife named Karam Dasi, aged 60 for almost three decades. This family has been living essentially with four bighas of land which they had inherited ancestrally. One of the brothers, Namgayal also shared that if they had married separately, their family would have shrunk and it is highly beneficial in sharing a common wife which has saved us from indigence. If this is not practiced earlier, then they could not have met up with the economic sustenance.

Though the villages in the Sanga Valley have been holding up their customs, there have been increasing cases of more than 600 in number that questions the paternity of the offspring of common marriages unveiled in the local courts. As per the local revenue officials, their number is on a hike than before. Further, disputes have been emerging between tribal laws and constitutional laws. This could be a cue for the death toll for Polyandry custom of the tribe which might suit the reality though.

The Most Weird Custom of One Wife Shared With Several Husbands In India!
0
Share FacebookWhatsAppLinkedinTwitterPinterestEmailFacebook MessengerTelegramViberPrint