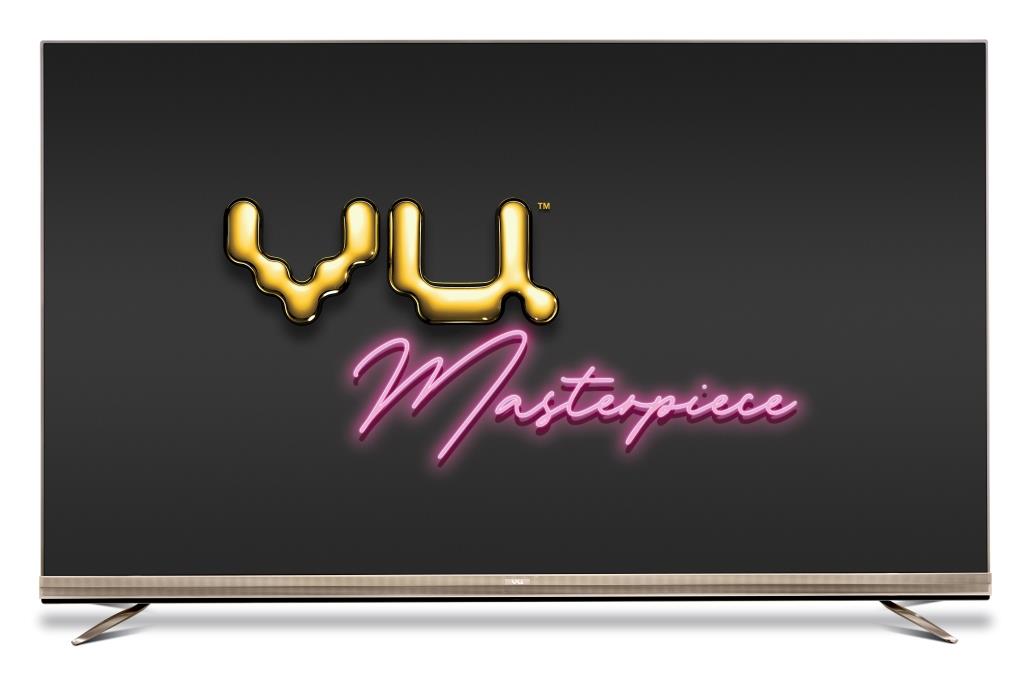 The Vu Group has played a pioneering role in bringing high luxury and solid craftsmanship into televisions since it began operations over 10 years ago. As part of its commitment to impeccable design and a no-holds-barred approach to build quality, the company announces its latest flagship television – the exquisitely crafted Vu Masterpiece TV – a landmark not just for Vu Televisions but for the entire industry.

Vu’s new 85-inch flagship TV features class-leading QLED technology, beautiful craftsmanship in terms of a stunning bezel-less screen and exquisite build quality. The Vu Masterpiece TV has been designed with great attention to detail, and is clad in a striking black and Armani Gold finish that has hints of rose gold and champagne. Additionally, there is an emphasis on stylised textures such as the diamond-cut accents on the sides, and a metal alloy grill at the base, which also houses a powerful and discreet soundbar.

The flagship television can optionally be upgraded to The Vu Group’s revolutionary all-in-one video conferencing system, Meeting by Vu that includes a 4K wide or sharp camera with autofocus, a built-in Core i5 PC running Windows 10, a wireless beamforming microphone and a wireless keyboard with a built-in trackpad.

The Vu Masterpiece TV offers compelling technical features such as an 85-inch, 4K HDR screen based on quantum dot i.e. QLED technology, a backlight with full array local dimming, and a 10-bit panel that can accurately reproduce over one billion colours. The TV comes with an integrated 50-watt soundbar and sports a high brightness of 1,000 nits. It also features Vu’s celebrated Pixelium Glass technology that enhances the brightness by optimising light reflections by 40%.

“A person who chooses the Vu Masterpiece TV understands sophistication and luxury, and this exquisitely crafted television stands for success and makes an authoritative design statement. Vu Televisions is the pioneer of luxury technology in the world, starting in 2006 in California. Beautiful design encasing pathbreaking technology has always been our forte, and we are proud to present another product that would make a stunning statement in any home or office.” says Devita Saraf, Chairman and CEO, The Vu Group.