The Unusual Trees With The Names of Animals! 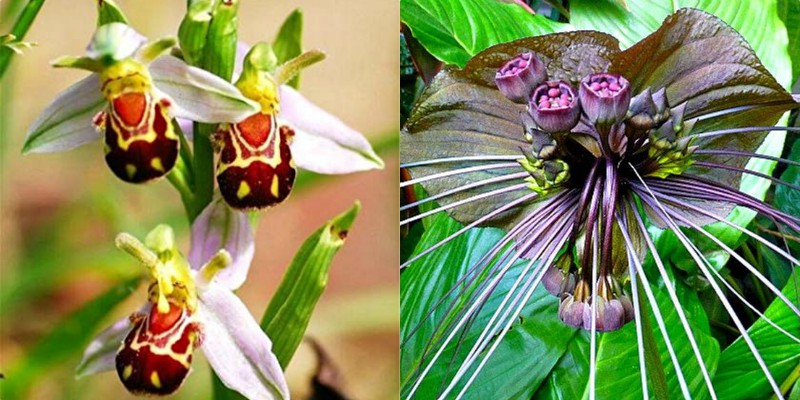 Unusual Trees With The Names of Animals!

Naturally, we people like to gaze at the teeming environment of greenery.  Some of the trees would mesmerize you to have a long gazing look at them whereas some other trees have a bizarre outlook that offers you with a weird feeling. For instance, the African-origin Baobab which has been inhabited with so many myths and is all associated with eerie appearance. Likewise, several unusual trees have the names of the animals which would sound weird and looks unusual in their appearance as well. Here is the list of unusual trees with the names of animals.

BEE ORCHID: The flower of this Bee Orchid looks like that of a bee that will make you fool. It has a large sepal where there are a central green rib and a lip that has three lobes. Two of the lobes are humps whereas the median one is hairy and very much resembles the abdomen of a bee. It is commonly a creature with a vibrant color of brownish-red with yellow dots on it. Self-pollination takes place in this plant and pollinates through solitary bees at times. The scent of the plant is similar to that of the female bees which thus attracts the male bees believing it to be the female bees. And the process of pollination takes place when the male bee tries to copulate on another Bee Orchid in the same way, as it collects the pollen from the previous plant.

BAT FLOWER: Growing in South America, Africa, and the Pacific region, the Bat flowers are cultivated as ornamental flowers. The flowers botanically belong to genus Tacca, where their shape is unusual with the green and white leaves as well. You can have different appearance of the flower when you have different forms of look such as a flying bat (a reason for the name of the plant), the whiskers of a mean cat and a spooky face which has given another name as Devil flower too. 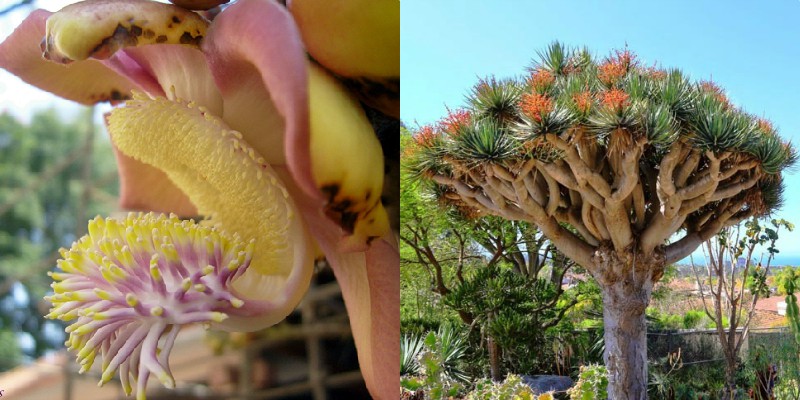 NAGA LINGAM: Otherwise known as Canon Ball Trees because the fruits resemble the same. The flowers of this tree will form a curious arrangement and it spread over the pistil as if a snake does with its hood over a Shivalinga. And this is the reason behind the name of the plant. Meanwhile, the fact has observed in industrial areas that if the Nagalingam comes in close contact with the gases such as chlorine, it totally defoliates and pullulate afresh within 24 hours. This is the reason that the plant is called a Pollution Indicator tree. The natural color of the plant is in the combination of pink and purple, white and yellow.

DRAGON TREE: Growing around the places of Morocco, the giant mushroom-like trees after 10 to 15 years of life stops growing and begun to hold lily such that of white flowers pursued by berries. And the outcome is a crown of terminal buds and thereby the tree starts branching at the top. That’s how it looks like a mushroom and the leaves, as well as the bark of this tree, emit a reddish resin and when it is cut, it is mythically called dragon’s blood. This automatically leads to the name of the plant as “Dragon Tree” and the oldest Dragon Tree is said to be about 300 years old which is still growing in Spain.

Air-Purifying House Plants You Should Have At Home