TIRUPATHI at Telangana With The Craftsmen From Mahabalipuram 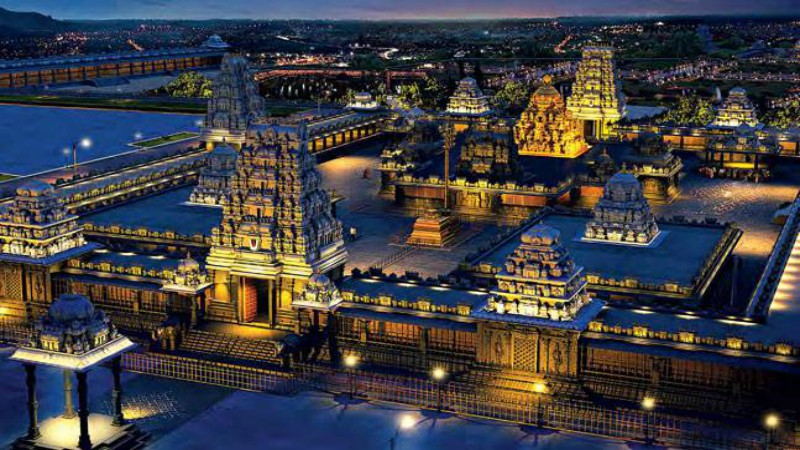 It’s gonna be the embellished Tirupati of Telangana!

“Travel is more than the seeing of sights, it is the change that goes on deep and permanent in the ideas of Living.”-Miriam Beard.

Have you ever visited the majestic Tirupati of Andhra? If yes, then how about another new Tirupati of Telangana? If you are planning to visit Telangana’s Tirupati in the future, just get to know about the history of the place.

It was during the Telangana movement, TRS Chief K Chandrashekar Rao guaranteed to develop Lord Lakshmi Narasimha cave temple and in the hope to change it out as the popular Tirumala temple of Tirupati if only Andhra Pradesh was partitioned. So, after the partition in 2016, Rao established the Yadadri Temple Development Authority (YTDA).

Later, the foundation stone was laid as assured by him and it was said that the temple will last for over a thousand of years. Black granite stone which is also known as Krishnashila that is acquired from a quarry in Gurujapalli village in Prakasam district of Andhra Pradesh has been chosen for the making of the temple. The temple complex now covers over almost four acres, which is 1.75 Lac Sq.Ft. approximately.

Anand Sai, the South Indian film art director is the aesthetic man who has designed the masterplan under the guidance of seer Chinna Jeeyar Swamy following the ‘Agama Vasthu and Pancharatha Shastras.’ And about 500 artistic sculptors have now been deployed to carve the devotional idols and gigantic pillars for the amazing temple to-be. Did you know the craftsmen are from Tamil Nadu? Yes! The craftsmen are brought from Mahabalipuram who have been working hard for months together on the temple.

And that ‘s how the cave temple is slowly emerging out to be the embellished Tirupati of Telegana!

Simple Tips To Treat Darkness Around The Mouth

The First-Ever FART Competition to be hosted in Gujarat!