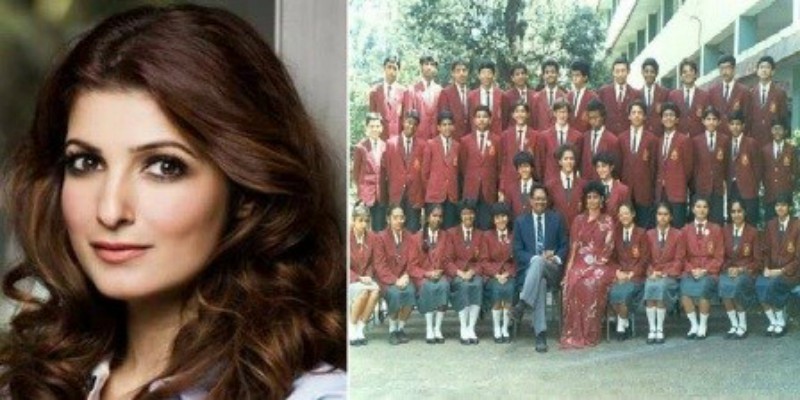 Former actress and mother of two, Twinkle Khanna became an advocate to the NGO, ‘Save The Children India’ as an Artist Ambassador last year. While she aims to promote improvement of lifestyle for children, she does it in her own style.

Twinkle shared a throwback to group photo from her school days. It is hard to recognize the actress, but she does give a hint she captioned the photo and wrote, “Growing up, as you can see not only did I have the same hairstyle as my class teacher (why? why? why?)but studying and doing well was very important to me and it all helped me to become an independent woman. 2/5 girls still don’t complete school. Let’s ask #WhyTheGap with Save The Children India to give every girl the right start.”

She shared the picture to express the dire situation of women education even today, She shared the photo on Instagram and Twitter and then tagged more actors to share their memories from their school time.

She went on to nominate Sonam Kapoor, Tahira Kashyap and husband Akshay Kumar she wrote, “to take this further by sharing their school memories.”

Meanwhile on the work front, Twinkle Khanna’s first attempt at production with Padman, has fetched a National Award.

Pad Man was directed and written by R. Balki, featuring Akshay Kumar, Sonam Kapoor and Radhika Apte in lead roles. The film is inspired by the life of Arunachalam Muruganantham, a social entrepreneur from Coimbatore, Tamil Nadu.

It is based on the short story “The Sanitary Man of Sacred Land” in Twinkle Khanna’s book The Legend of Lakshmi Prasad, which is inspired by the life of Arunachalam Muruganantham, a social activist from Tamil Nadu who introduced low-cost sanitary pads.

Karan Johar Opens Up About Drug Allegations At His House Party