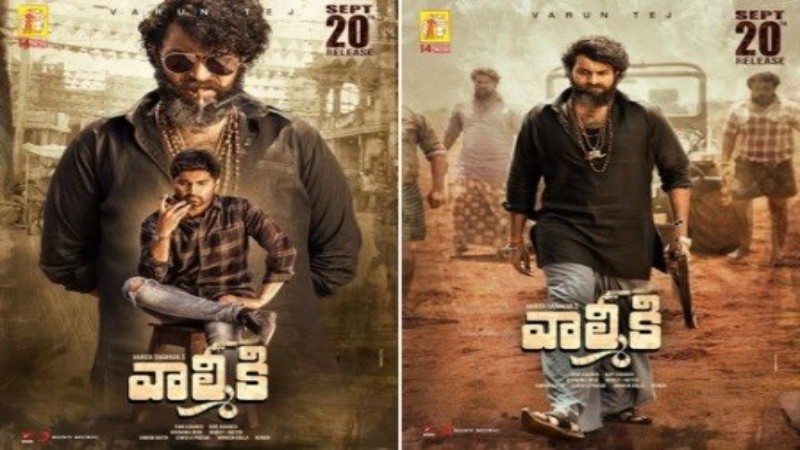 Director Harish Shankar directorial Valmiki, starring Pooja Hegde and Varun Tej in the lead roles, gets a new release date. The film is now slated to hit the cinema halls on 20th September.

Valmiki is the remake of the hit Tamil movie Jigarthanda that was written and directed by Karthik Subburaj. with Lakshmi Menon playing the female lead with Nassar, Ambika, Karunakaran and Sangili Murugan playing the supporting roles. The film fetched the National Film Awards for best supporting actor for Bobby Simha and best editing for Vivek Harshan.

The film has Varun Tej reprising the role done by Bobby Simha in Tamil.

Superstar Varun Tej will be seen in a never before avatar in the remake.  Sporting the negative role for the first time, fans and audience have been lauding the gangster look of Varun Tej.

Devi Sri Prasad has been roped in to compose the tunes for the film. Valmiki will be bankrolled by Ram Achanta and Gopi Achanta under their banner.

WAR Trailer Is Trending And Garners Massive Praises From Bollywood