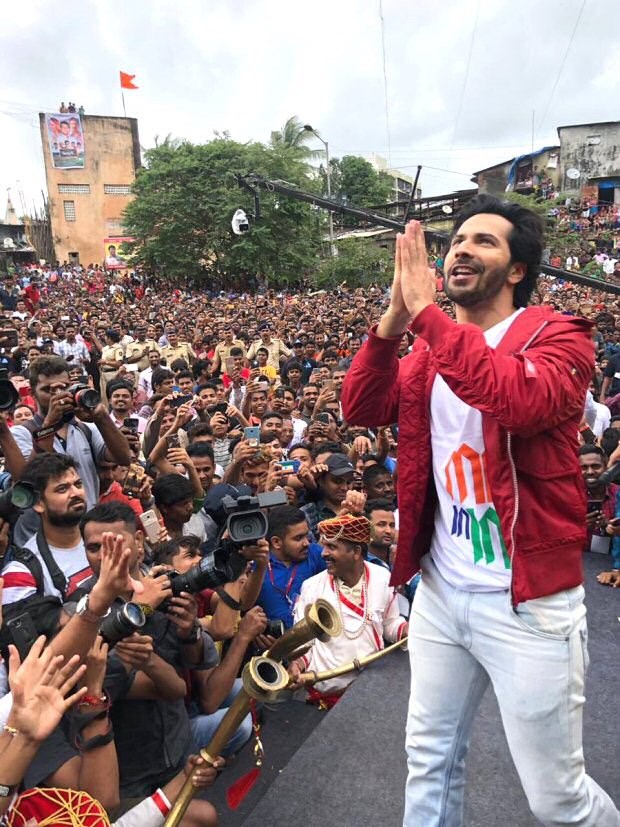 Actor Varun Dhawan is all excited as he completes 8 years in Bollywood on Monday.  The actor debuted in the film industry through Dharma Production SOTY. Expressing his gratitude he took his social media handle and thanked his fans for believing him.

The Street Dancer 3D actor penned down a heartfelt note for his fans, adding it shared a couple of pictures on Instagram from his promotional tours to various cities. He can be seen interacting with a sea of fans and clicking pictures with them.

Varun wrote “It’s been 8 years since this journey began between me and u. Thank u for believing in me when no one did. I remember every city I toured. The signs, letters, gifts, tattoos and most Importantly the love”

The second tweet read, “When I cried u cried when I laughed u laughed but most importantly I know u cared for everything I did and that’s the most important thing. Be safe love Varun”

Next, he has David Dhawan’s Coolie No 1 and Sriram Raghavan’s Ekkis.