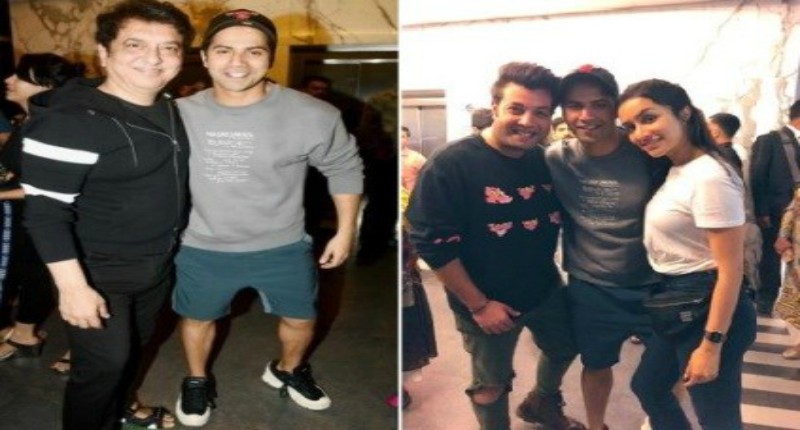 Varun Dhawan who is currently shooing for Coolie No. 1 recently wrapped her Street Dancer 3D with Shraddha. The actor over the weekend attended a special screening of her upcoming film, Chhichhore and was in awe.

Directed by Nitesh Tiwari, Varun couldn’t help but praise the film. He took to his Twitter account and wrote, “Watched Chhichhore last night. Had a blast, Nitesh Tiwari. What an amazing film with a beautiful message. You will come home with the whole group. I have 3 people very close to be associated with this film. Go catch it, everyone,”

He went on to share pictures with the three “very close” friends from the screening. The picture showed Varun alongside, Shraddha Kapoor, Varun Sharma, and producer Sajid Nadiadwala.

Varun’s next release Coolie No.1 is directed by father David Dhawan and is the remake of Govinda’s classic in the 90’s of the same name. He will be seen opposite Sara Ali Khan, who will reprise the role of Karishma Kapoor.