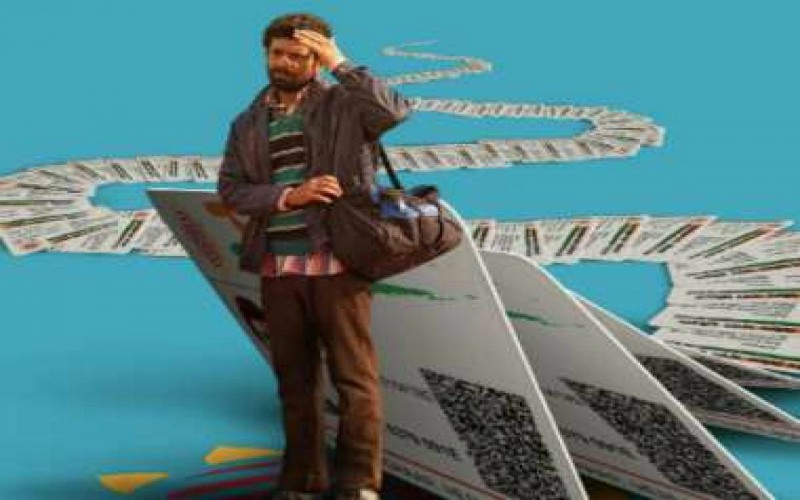 The first look of Mukkabaaz actor Vineet Kumar Singh’s upcoming comedy-drama Aadhaar was shared on 4 September. The image shows a visibly distressed and unkempt actor dressed in a green striped sweater and carrying a duffel bag. Behind him is placed a never-ending stack of Aadhaar cards.

In the film, Vineet plays a man named Pharsua, who becomes the first in his village to have an Aadhaar card.

Vineet Kumar Singh shared the first poster of his film on his Instagram account, “Meet Pharsua, the 1st person from his village to enroll for a card that can ru(i)n his life! First, look of my film #AADHAAR a dramedy dir by @sg61us” he wrote.

The film is set to have its world premiere at the upcoming Busan International Film Festival, which will open with the Kazakhstani film The Horse Thieves, Roads of Time.

Apart from ‘Aadhaar’, Vinnet’s other projects include the highly-anticipated Netflix’s adaptation of Bard of Blood, headlined by Emraan Hashmi. He will also share screen space with Janhvi Kapoor in Gunjan Saxena: The Kargil Girl, and Taapsee Pannu and Bhumi Pednekar in Saand Ki Aankh.