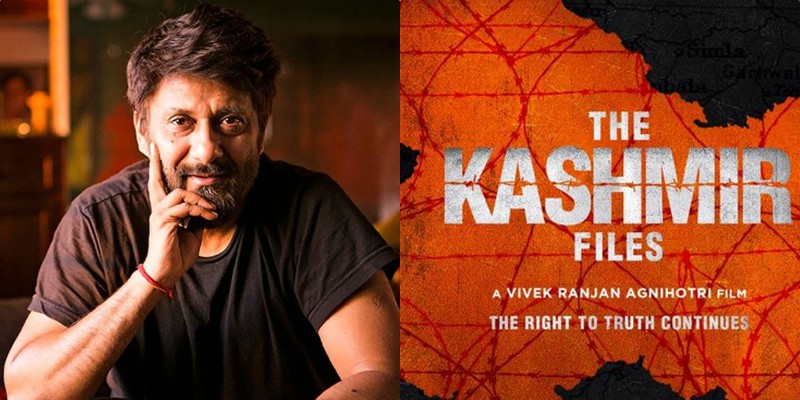 After delivering a sleeper hit, noir classic “The Tashkent Files” filmmaker Vivek Ranjan Agnihotri announces his next venture of The Kashmir Files.

Filmmaker Vivek Agnihotri dropped the details about his next project on his Twitter profile. He shared, “Presenting #TheKashmirFiles…Next year, same time, on our 73rd Independence anniversary, we will bring you the unreported story of the most tragic and gut-wrenching genocide of Kashmiri Hindus. Please bless our team as it’s not an easy story to tell. #KashmirUnreported”

He shared another Tweet, thanking his fans for creating the first look poster for the film and urged them to help him with the research of the film. He shared, “Thanks to everyone who suggested creative titles. Most suggested #TheKashmirFiles.  The credit for #KashmirUnreported goes to @DimpleAtra…Please help us with research. If you know anything about the genocide of 1990, pl let us know. This is truly your film.”

The film will be based on Kashmiri Pandits Exodus from 1991, which is the biggest human tragedy, the biggest ethnic cleansing and mass exodus of a community with violence.

Vivek’s last release “The Tashkent Files” – a conspiracy thriller film about the death of former Indian Prime Minister Lal Bahadur Shastri. The film was written and directed by Vivek and it starred Shweta Basu Prasad, Naseeruddin Shah and Mithun Chakraborty in leading roles.