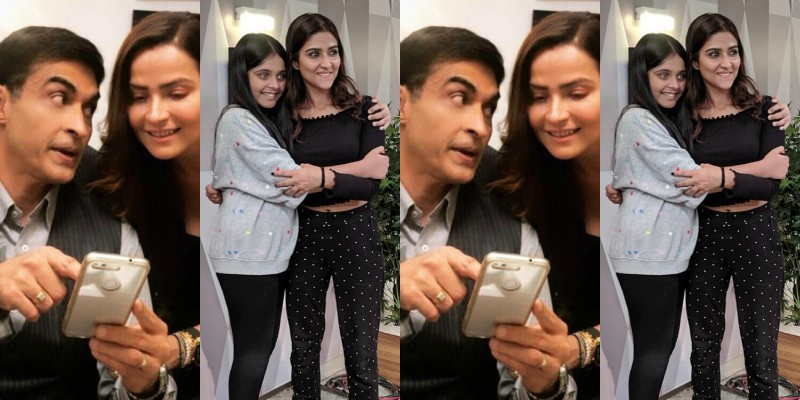 Actor Mohnish Bahl, who is back on the tube with his classic show – Sanjivani after 17 years, has been winning hearts of the audience due to its storyline and performances. The actor who turned 58 years old on 14th August, last week, returned on the sets of the show with his wife and children.

Mohnish Bahl’s daughter Pranutan was last seen in Salman Khan Productions’ movie – Notebook. She visited her father on the sets of Sanjivani along with her younger sister Krishaa. An excited father, Mohnish Bahl took to Instagram to express his happiness and referred to his daughters as his ‘Do Bandars’ (Two monkeys).

The team also celebrated Dr. Shashank’s birthday on the sets as the actor was traveling last week. It was sweet that his entire family was present on set to celebrate his special day.

Sanjivani has returned after almost 2 decades and we can’t get over the nostalgia. Mohnish also mentioned that he would love to work with his daughter on the screen, so does this mean we will get to see Pranutan on Sanjivani? Only time will tell.

Sanjivani airs on StarPlus from Monday to Friday at 7:30 PM.