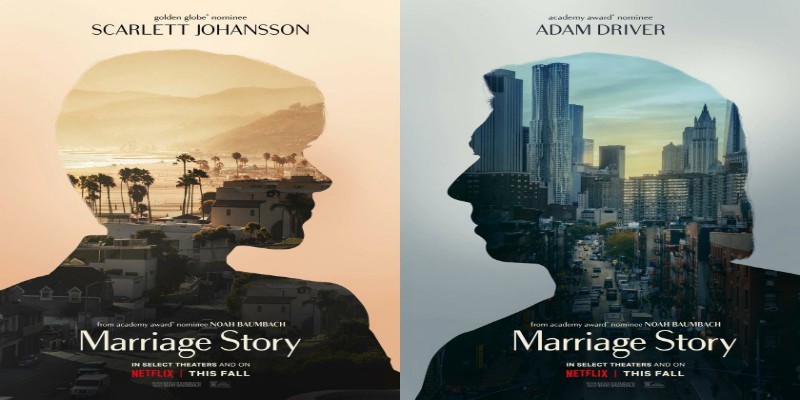 Every marriage has a story, sometimes happy, sometimes sad, always told from at least two points of view and that is exactly “Marriage Story” trailer depicts- Two different sides of the same story starring Scarlett Johansson and Adam Driver.

Netflix is out with the first official trailer of “Marriage Story” – which chronicles a bicoastal couple working through things together as their relationship comes apart. An incisive and compassionate portrait of a marriage breaking up and a family staying together!

The film is written and directed by Noah Baumbach. He previously collaborated with Netflix for “The Meyerowitz Stories (New and Selected),” pulling a heartfelt performance from Adam Sandler.

The teaser trailers for “Marriage Story” hint at what brought the couple — she’s an L.A. actress, he’s a New York director — together in the first place.

There are two trailers and both end the same, with the couple awkwardly having a “We should talk” moment. But they don’t know how to start that conversation.

“Marriage Story” co-stars Laura Dern, Alan Alda, and Ray Liotta. It will screen during the fall film festival season in Venice, Toronto, and New York, and is rumored to be on the Telluride Film Festival list.