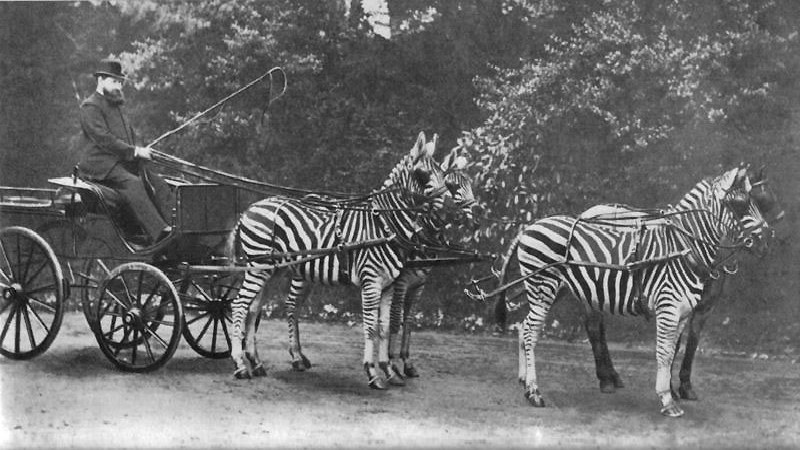 Well, we started to domesticate horses, elephants and other animals and so there arise a question, why not Zebras? So, immediately your brain would visualize a black and white striped animal that appears to be somewhere between a horse and a donkey. Zebras are the cutest creation of God and also a defenseless animal. It has inculcated the innocent face naturally and it is so beautiful to be admired. And if it is so taming, then why not we treat them like horses?

Zebras are naturally native to the African plains and it is the same place where it is believed to be the birth of the human race. Zebras might preconceive with a view that humans are the predators because cavemen hunted them. Yet they have to face the obstacles and survive the other predators such as lions, cheetahs, and hyenas. It has been instilled with the knowledge of human tendencies and taken us with skepticism. Meanwhile, it cannot be applied for horses and the wild horses from North America are unfamiliar to human ways which contradict the Zebras acknowledging humans as predators.

This amazingly harmless creature has been known to injure humans who have come near them. And they are also known to hold on a bite and also kick humans. Zebras adamantly do not listen to humans or breed like humans wish them to. At the time of captivation, Zebras are so wild enough to kick each other and they do not want to serve humans to survive and also in zoos.

Yet people tried taming Zebras back in the 19th and 20th centuries during the period of colonization. But it was truly vain stuff to tame an innocent animal as it transfigured into completely wild as possible when it is captured. Sooner and later, they realized awful experience and left the animals alone. And thus, their hidden wild characteristics have made them unsuitable for domestication purposes.

People seek animals to domesticate under special criteria such as calm temperament, produce offspring in captivity and lack of aggression. All these mentioned characteristics are absent in these unimpeachable animals. Even though people have attempted to domesticate the captivating wild animal, it is in vain because of their mysterious nature and spirit. They can suddenly change into loathsome and savage which can even hurt their own species. Through their aggressive nature and strongly well-built body structure, the animals clearly indicate that they would harm humans if humans dare to near them.

Orgasms: Mind Blowing Health Benefits You Should Know About