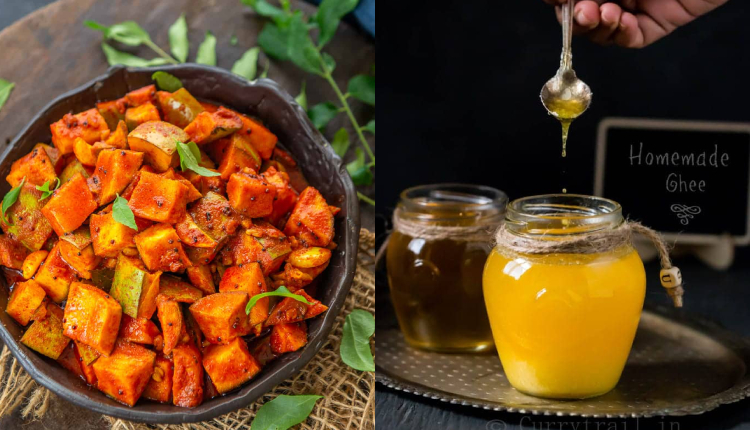 As much as we all like a nice cheese pull from a pizza, there are times when we crave the traditional Indian foods that our grandparents and parents used to prepare for us. And before you think this is another article criticising people for eating foods from different countries, let us assure you that it is not. This essay is all about traditional Indian meals that we no longer eat. These dishes are still consumed on a regular basis in some sections of the country. However, these cuisines are less common in India’s metropolitan areas.

So, in this article, let’s look at some of those almost forgotten forms of classic foods.

Traditional foods not many people have in their kitchen these days:

Do you remember when your mother or someone else in your family made pickles at home? You really should. Some of us even assisted them in the process, which we found fascinating. Making pickles at home, however, is no longer necessary given how many businesses have made it their major business. When they have the time, some folks continue to prepare it at home. The main reason the younger generation has forgotten this tradition is due to time constraints. So we cannot blame ourselves for no longer having homemade pickles in the fridge. However, we can try to ask our mothers or someone in the neighbourhood to do it for us.

You may also like: Healthy Indian Foods You Should Start Eating Sooner

Veganism has increased the popularity of coconut milk, and many individuals are turning to plant-based milk. Coconut milk is a breakfast staple in many south Indian households, especially for Idiyappam. People are increasingly purchasing coconut milk to add to their diets. There is nothing wrong with purchasing plant-based milk from your local store. But there’s no denying that homemade is the healthier option for all of those things. So, if you’re one of those folks who buy canned coconut milk, try making it at home once in a while.

Almost anything you buy at the store can be manufactured at home, including Ghee. And there are various internet rumours circulating that eating Ghee will make you fat. If you believe this remark and have stopped eating this traditional food, you should be aware of something. Excessive consumption of anything is harmful for your health. So, unless you decide to include roughly 200 ML of Ghee in a meal and consume it all by yourself, you’ll be alright. Ghee provides numerous health advantages, including relief from digestive issues. You should also start making your own Ghee to notice how much better it is.

If you rely on a powder known as ‘Curry Powder,’ we have some bad news for you. There should be no traditional Indian meals prepared with it because it should not exist. Many food bloggers have been utilising Curry Powder to replace all of the conventional spices in their Indian dishes. And you know what the worst part of those recipes is? People in India believe that something like that exists. If you’re an Indian who likes Indian gravies, you’ll understand how we feel.

Dried spices such as bay leaves, asafetida, and star anise play a vital role in many Indian dishes, the most popular of which being Biriyani. So, if you use Curry Powder or something similar to it instead of conventional spices to make Indian dishes, you should stop. Because if you alter the method of preparation, you will never experience the true flavour of those delectable delicacies. So go ahead and stock up on those classic spices right now!

What are some traditional foods that you believe are no longer available in people’s kitchens? Please let us know!

5 Chinese Foods that Indians love the most

Savorworks brings to the capital an extraordinary experience with its experiential…