In Korean cuisine, there are numerous ways to eat noodles. Noodles that are served in hearty soups or broths are presumably something you’re generally familiar with. Additionally, rich, delicious dressings like black bean sauce and bibim gravy are served with noodles in Korea. So that everyone can enjoy noodles all year round, they prepare cold Korean noodles and noodle salads during the summer. That is how devoted Koreans are to noodles. There is something for everyone, whether you are cooking for your family or simply preparing a simple supper for yourself on a stressful weekday. So let’s look at some of the best and popular Korean noodle recipes that you should make right away at home.

Best and popular Korean noodles recipes you should try: 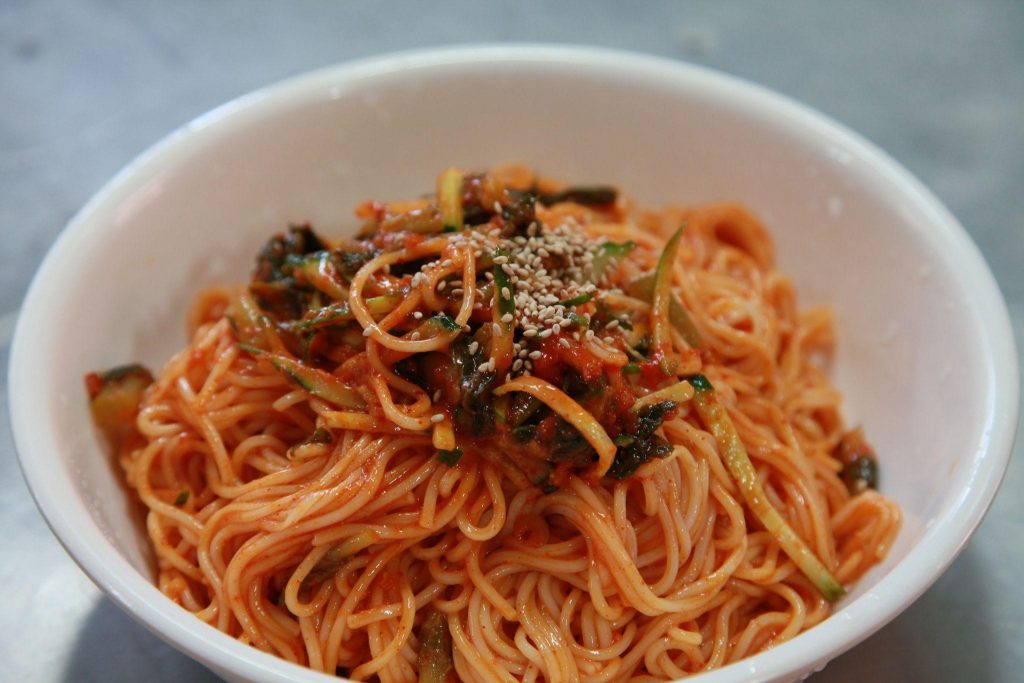 This Korean Noodle recipe has always been served cold, and people typically savour it as a classic summer dish that is both hydrating and filling.

You may also like: 5 Chinese Foods that Indians Love the Most 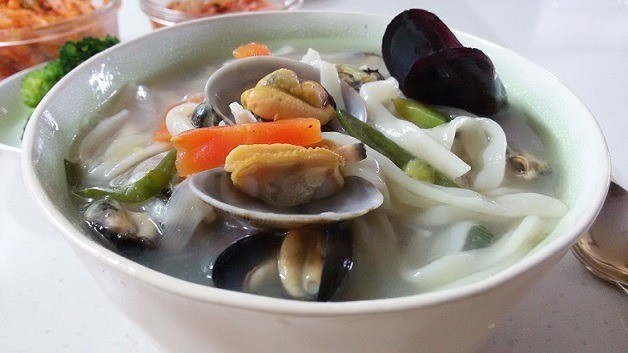 Most South Koreans enjoy kalguksu in the summer, which is typically served throughout rainy and windy days. It is made up of homemade eggs and wheat noodles in a stock that is generally made using kelp, preserved anchovies, and shellfish.

The name of the meal, kalguksu, which literally translates to “knife noodles,” comes from the way the noodles are pulled. The most popular type of kalguksu is seafood, although there are other kinds, including spicy (jjanppong kalguksu), mushroom kalguksu (beodeot kalguksu) and chicken (dak kalguksu). 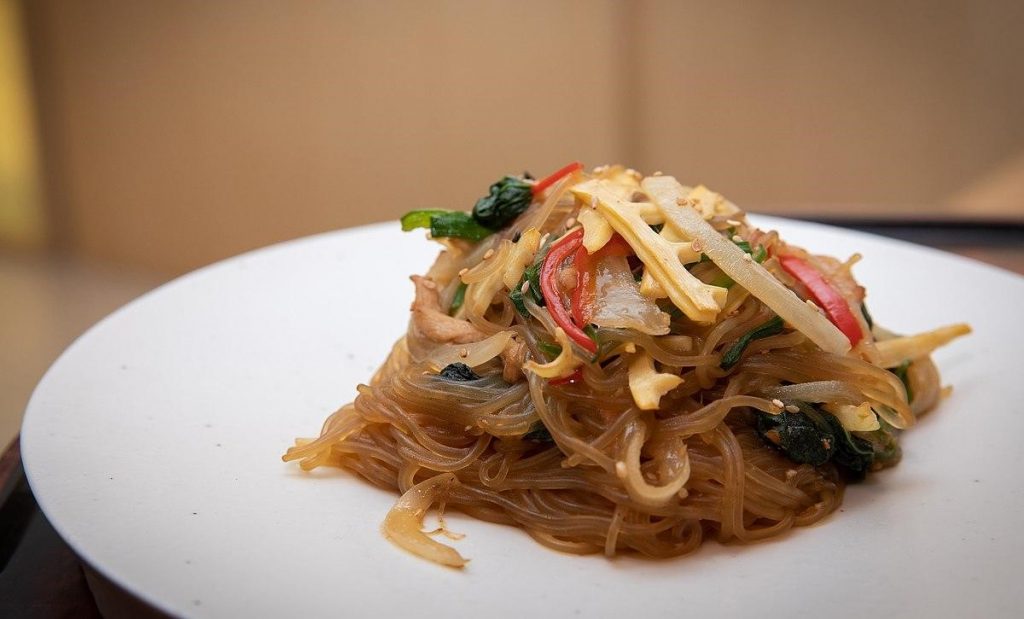 A South Korean meal called japchae is prepared from fried veggies and glass noodles together. Frequently cooked with meat, the meal also has sugar and soy sauce as extra added flavours. The dish’s name translates to a combination of veggies. The servant of King Gwangaegun created the first japchae, which didn’t have meat or noodle and was made for an imperial festival.

The dish was so well received by the king that the servant was elevated to one of a higher position. Japchae also satisfies this requirement since so many Korean dishes are composed of five distinct colours: green for spinach, black for mushrooms, red for carrots, and yellow and white for the fried egg that is frequently seen as a topping in japchae Korean Noodles. This Korean noodle recipe frequently incorporates ramen noodles, pork, potato noodles, tofu or rice cakes in addition to the customary ingredients like kimchi, baked beans, hot dog sausages and spam . Budae jjigae, also referred to as army stew, was developed as a genuine fusion cuisine sometime during the 1950s, in the wake of the Korean War.

The villagers would sneak processed food items from American army facilities because fresh produce was in short supply, and also through innovation and creativity, they came up with budae jjigae. This meal is thought to have come from an army base in Uijeongbudong. 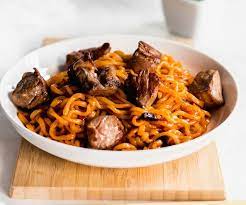 Two varieties of quick noodles are the main ingredients in this Korean Noodles Recipe jjapaguri. It is also known as ram-don, a coined term that became well-known thanks to Boong Joon-Ho’s Oscar-winning film Parasite and describes a fusion of ramen and udon. In the film Parasite, the food certainly looks fancier because it was topped with high-end beef (hanu), demonstrating how wealthy the upper-class community really is. Jjapaguri combines Korean instant noodles like Chapagetti (jajang ramen noodles) and Neoguri (udon noodles in a flavourful seafood broth) for such a cheap, convenient type of food.

Simply blend Chapagetti and Neoguri to make ram-don at home, and top it with a well-marbled steak and, if preferred, serve it with finely chopped green onions.

What is your favourite Korean noodle recipe that you have always wanted to try? Comment down below!

5 Most Innovative Stays in Kerala

Fitoor From Shamshera, A Perfect Song For Forever Love

Top 5 Drinks that Keeps You Hydrated: Healthy and Inexpensive

Best smoothies to drink before a workout

7 Tasty Types of Uttapam to try at Home