The Obamas hold Our Belief in “Love Forever”: The Aphrodite Series 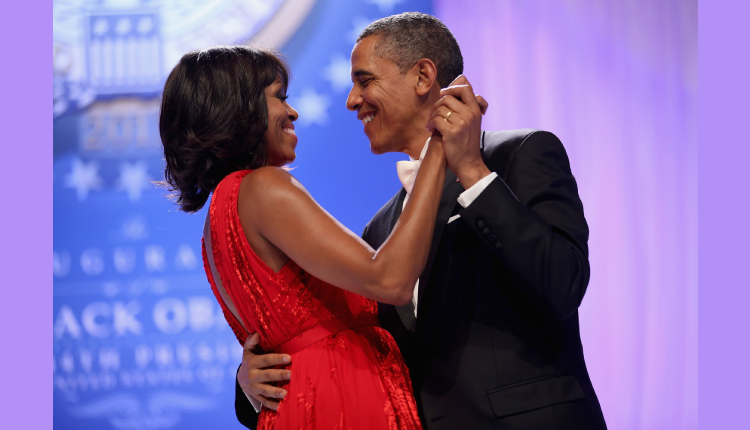 Barack Obama, the great personality of all time, needs no introduction but traced his presence across the world. Michelle Obama, the Former First Lady of the United States, is the author of the book, Becoming, and a loving and supportive partner behind our well-known 44th President of the United States. The entire world did witness the obvious love bond of this eminent couple of the world. As they spend eight years together in the White House, they roll modelled what a happy and healthy relationship looks like for the nation and world! Well, you would also have double-tapped multiple cute pictures of the Obamas on social media. There are several times the Obamas hold our belief in love forever, don’t they? For example, the photographs of the influential couple unfold thousands of reasons to hold our belief in love forever.

Writing about the increasing love bond of a prominent couple do make writers jittery. Okay! Let’s read about what the photographs are having for us. Are you ready to have an awe read of The Aphrodite Series? The vintage photographs of the Obamas have been on social media even Obama, himself, posted one of them on his social media handle. Likewise, Mrs Obama did post certain photos and fun videos where they both completely seen happy and posing cool for the photographs. We are also here with one such amazing picture of the Obamas’ marriage which Michelle posted back in 2020. She shared about their Podcast which was about their marriage and the caption goes by “This relationship can be one of the most foundational pieces of our identities – bringing us so much joy, meaning, and support every single day. But one thing is for sure: It also takes a lot of work; a lot of honesty with ourselves and our partners. That’s one thing I’ve learned. . . ”

Mr Obama provided and meant the words essential for a healthy and ever-lasting relationship on their anniversary. He took his Instagram to handle to celebrate their anniversary, wherein, he added, “Happy anniversary, Miche! Over the past 29 years, I’ve loved watching the world get to know you not just as a daughter of the South Side, but as a mother, lawyer, executive, author, First Lady, and my best friend. I can’t imagine life without you.” People reading their caption would definitely be at ease as to how the couple have been enhancing their love life and growing older together. Being married for almost 29 years, the Obamas are still the inspiring couple irresistibly.

You may also like: How Do Nicknames Enhance Your Love Bond?

THE ENDURANCE OF LOVE:

The world is destructible at one end whereas it is harmonious on the other. But with the existence of love, the destruction could be powerless. As we do witness the Obamas holding each other’s hands and posing for pictures, we have to travel back to 1989 to know how holding each other’s hands happened for the first time. It was 1989 wherein, Michelle Robinson was a 25-year-old-attorney at a Chicago firm. She was given a task with the new person, or say, Barack Obama. Within a month or around, it was Mr Obama who asked out for a date and they even had that magical and dulcet date which includes ice cream, a long walk and a movie. Doesn’t it sound delightful? Well, after two years of dating, Barack and Michelle were pronounced husband and wife in 1992. And that’s how they come to celebrate their 29 years together in 2021.

THE FRIENDSHIP IN LOVE:

Friendship is one of the essential keys to strengthening the relationship. When it comes to the Obamas, we could often see how they never miss calling their partner “my best friend” every time. The honesty, friendship and having each other’s back as a partner are notable in their healthy relationship. This is why they have been an example for a healthy married life and an inspiring couple for the younger generation. Are the Obamas your favourite couple? Have they inspired you?

Win Prizes at the Festival Shopping Bonanza at Orion Malls