Meet 37-year-old Vanitha Who is in Housekeeping Service for 25 years: The Shakti Series 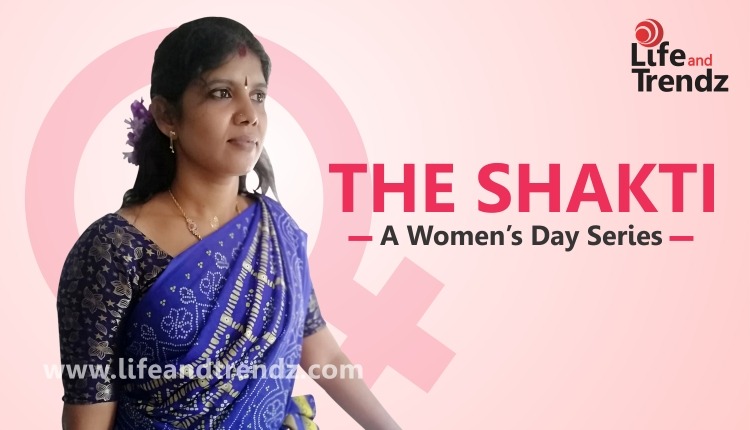 Residing in Chennai’s Nandanam, 37-year-old Vanitha is in the housekeeping service for almost 25 years. Looking at her, she is, doubtlessly, a woman of action. Having said that, her productivity says a lot and she is obviously an inspiration to others. When we approached her, Vanitha is doing her cleaning work at a private office. She is so enthusiastically indulged in the work. The contented face of hers says how much she loves to do the cleaning work professionally for years. So, continue reading to know what ‘Vanitha Akka’ shares with us.

THE YOUNG AND NAÏVE VANITHA:

The fervent Vanitha is married to Mr. Anandhan, a 45-years-old Auto Driver who supports her in every possible way. As she is the second child of 6 girl children of her family, Vanitha was so engrossed in her studies but unfortunately, her parents could not afford her studies. This made her drop out of school at the age of 13. She, thus, landed in a textile shop as a daily worker. However, it did not take much time for Vanitha to realise that it was not the right place for her to be. She then set foot into ‘HOUSEKEEPING’ where she found comfort and is consumed by passion. When asked about her marital life, Vanitha was a young and naïve bride when she pronounced the vows of the marriage. “I got hitched to the person I love the most at my early stage of life as I have 4 younger sisters next”, she replied. She is now a mother of two smart kids (a 16-year-old Jagadeeshwaran and a 20-year-old Pavithra) and is contended with her family.

You may also like: The Shakti: A Women’s Day Series

Speaking of her professional life, Vanitha’s day starts at 5 in the morning wherein she is done with her household chores and then starts her cleaning work at the various offices at 7.30 in the morning. Not only does she involve in cleaning but also indulge in cooking and household chores at different homes. As not everyone would come into the profession with much dedication and passion, Vanitha really does it vehemently. “I will never work at any place where people are rude and harsh. However, I will do the same work at any place where there is love and respect”, she added. As a mother of two kids, Vanitha does her homemaking and then start her work outside. She manages both her professional life and personal life ideally. As a woman she does not limit herself, Vanitha loves cooking and prepares delish foods at home and sells it to people who order. “I love cooking and I prepare healthy and delicious foods”, she exclaimed.

THE EFFECT OF LOCKDOWN:

When asked about how she coped up during lockdown, Vanitha replied, “My employer used to send money to me, irrespective of Covid-19 Lockdown. My husband, Anandhan is a Cardio-patient. He battled two cardio attacks and got Angiogram and so he could not indulge in any intense work as advised.” She was the breadwinner of her family when talking about the lockdown and its impact on her life. Doesn’t she a Shakti of her family?

The productivity she inculcated, is incredible throughout the day. Since we came across one of the thousands of Vanitha, there may be many out there who may not be known. There are women like Vanitha who do their thing zealously. Women, in general, go through a lot when it comes to a mental, physical and emotional state. But they suit up to poof away anything that interrupts their mental, physical and mental state. We shout out to all those women who are vehement enough to build their life.