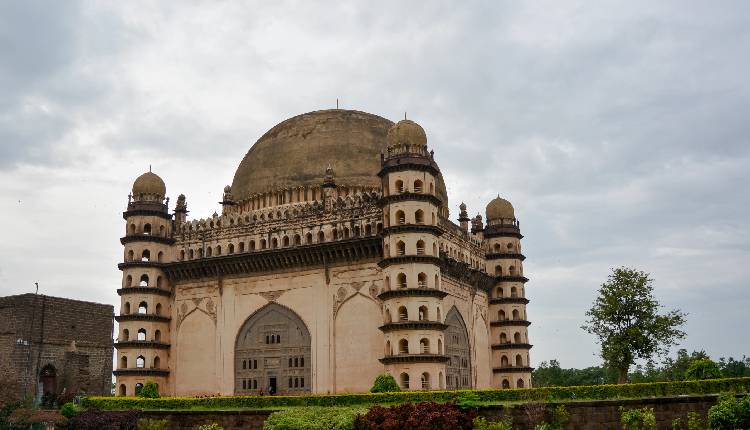 Bijapur is the capital of the Adil Shahi dynasty which is completely an awe-inspiring place. It is completely known for its architectural wonders and the glory of its sultans and nobles. Bijapur is a part of an organized tour of heritage places in North Karnataka This particular mesmerizing town was founded in the 10th -11th century by the Chalukyas, it was also known as Vijapura or “city of victory.” An interesting thing about the Chalukyas was, it was renowned for its temple architecture and many young architects have been taken here for their architectural exploration. It proffers some stunning examples of Islamic architecture such as Gol Gumbaz, Ibrahim Rouza, Jama Masjid, Darbar Hall and other architectural wonderings. South India has been spread with traditional wonderings and it has been instilled with stunning Islamic buildings. Let’s dive into the 11th-century Islamic period.

Gol Gumbaz is the mausoleum of Mohammed Adil Shah and straight away this is what comes to our mind when it comes to Bijapur. This is one of the most famous monuments at Bijapur and it is one of the largest domes, built ever in India. The marvellous tomb has been constructed in accordance with Deccan architecture. It has one of the biggest single chambers, which is too spacious in the world. It is an architectural wonder of the world and many architectural institutions have been taking younger generations to have a look and make them peer into the dome of the Gol Gumbaz.

You may also like: Things to do in Udaipur for a Week

Another architectural walk is through the Ibrahim Rouza of Bijapur which is one of the greatest monuments in Bijapur. The Ibrahim-Rouza is otherwise known as the Agra of South India. The ambience of the place will instil and oxidise with greenery into your soul. It is one of the top five historical monuments in the heritage city of Bijapur.

Rather than a complete building, broken arches and buildings have their own story and mesmerizing outward look. Bara Kaman is the incomplete mausoleum of Ali Adil Shah II and is also known as one of the famous heritage sites in Karnataka which is located in Bijapur city. This particular unfinished mausoleum has twelve arches and those arches will be giving you much to explore and instil with stories on each and every brick of the arch.

Gagan Mahal found its place in a serene environment and is also known as the sky palace, which is a major tourist attraction. It is mainly visited by many aspiring architects as it is known for its architectural buildings. The central arch of Gagan Mahal is the tallest and as well as widest one in the entire Bijapur city and thus, is known for its tourist attraction.

Saat Khabar literally has the synonym of sixty graves. This is known as the grave destination in Bijapur and is otherwise called the dark tourist spot in Bijapur. Since the place is inhabited by a darker environment, this is known as its dark tourist spot. Though there are trees surrounding the broken buildings, it has a little terrific look because of its abundant walls and graves at the place. This particular site has been engraved with the graves of 60 ladies and the place is now a visitor attraction in the heritage city of Karnataka. Why don’t you take a trip to the heritage city of Karnataka and have a walk at the historical ruins of Bijapur? Try exploring this heritage place!

Prime Video’s The Lord of the Rings: The Rings of Power Announces New Cast Members for Season Two