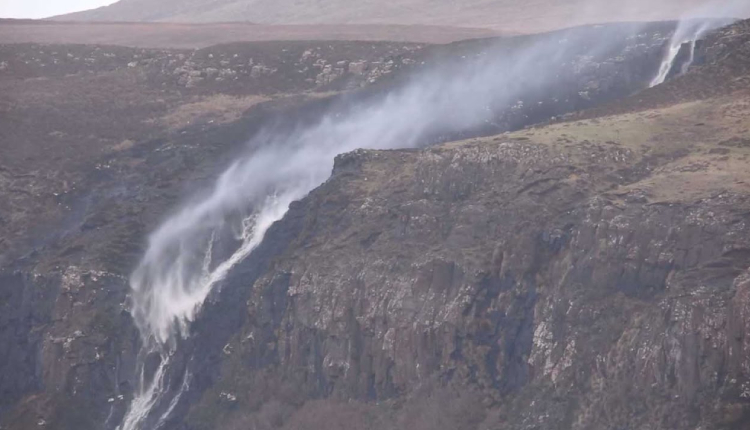 • Experience the anti-gravity phenomenon at these places in the world.

We do know that gravitational force is present on earth and it is this force that holds the sun and other planets in the solar system. It is this amazing power that holds us and everything on the surface of the earth or drags us to the centre of the Earth.

Discovered in 1939 by a group of surveyors, Mystery Spot was opened to the public by George Prather in 1940. They explained that it was during the time of searching the place, they felt some different forces work here. Even the group claimed that there is some different kind of irregularity in the magnetic field here and it could be seen only in 150 square feet of the circular area which is now known to be the MYSTERY SPOT. At this particular place, you would see strange irregularities in gravity including the flowing of water in the upward direction, deflection of magnetic compasses at different angles, and the changes in the size of people and normal things. Here, you would not fall when you stand at an angle or lean towards the ground. That’s how wonderfully astonishing it is!

You may also like: ALLURING INDIAN PLACES WHICH ARE PROHIBITED!

Located not too far from Hayfield, this waterfall would amaze you with its water flowing up toward the sky. You would have seen so many artificial fountains but here is the real and natural one. The explanation for the secret behind this reverse waterfall is the wind which blows so stronger at this place and thus pushing the water falling in the upward direction. However, the height of the waterfalls is 78ft, and think how strong the wind would be and where does it come from? Doesn’t it seem mysteriously amazing?

Well, the USA has several things to amaze at. One could feel the differently constructed dam and the mystery clinging here. It is when you climb up to this dam which is 726.4 ft tall, you could do a simple experiment of pouring some water out of a bottle or throwing a ball down. But what you would notice here is that the water does not flow down instead of flowing up and the ball would float due to the strong wind. Still, it would be an astounding thing to experience.

You might have heard about this specific route which extends up to 30 km from Leh towards Kargil. This particular spot is known as the Magnetic Hill of Ladakh. At this special route of Srinagar-Leh highway towards the hill, you would experience a different force in which your vehicle moves automatically with engines turned off. It would move up to 20 km/hr. However, This mystery is explained that it is due to the magnetic force that pulls the car uphill. Believe it or not, even the aircraft passing this region would have to increase their altitude to avoid the magnetic interference at this place.

THE ROAD AT THE FOOT OF MT. ARAGATS OF ARMENIA:

Located on the border of Turkey and Armenia, Mt. Aragats is naturally known for its amazing power which amazes travellers. People would wish to experience the anti-gravity phenomena at this place where your vehicle could move towards the uphill with the engines being turned off. Like Magnetic hill, Mt. Aragats naturally blows the minds of the people. Travellers also claimed that it is easier for them to go uphill than to go downhill. Isn’t it spell-bounding?

Appealing Ways to Make Your Tweens and Teens Binge Veggies