“The Indian Rupees” – Gripping Unknown Facts Revealed For You 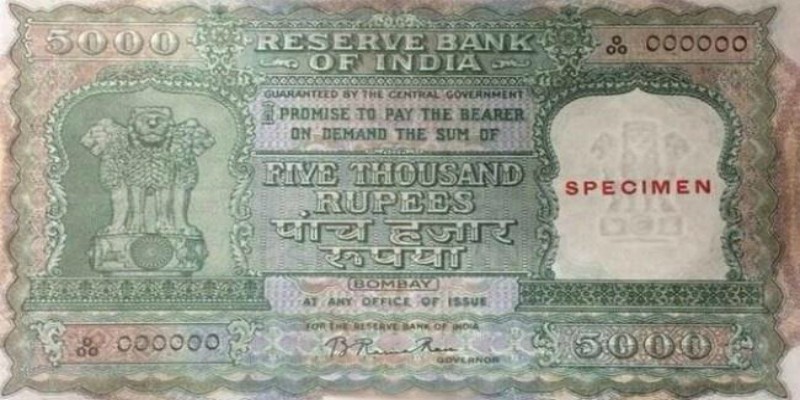 The world itself works because of the money and humans on earth are working hard to earn money. It is because money rules the current technological world and we, humans never tried to know about the currency of India as it has so many veiled symbols and images. Meanwhile, it is said that the currency note is completely made up of cotton or cotton rags not by using paper. Even people have the preconceived notion that currency note is just made up of paper, which is not real. Let’s unveil the gripping facts of Indian Rupees.

UNKNOWN FACTS OF INDIAN CURRENCY NOTE: Well, here is one surprising fact that 5,000 and 10,000 rupees notes were in circulation back in 1954 to 1978. Next to our surprise, Pakistan used Indian rupee notes, after independence which was stamped with ‘Pakistan’ until the printing process was good enough. Other than, Hindi and English, there are 15 other languages printed on the reverse side. Finally, this is the most interesting fact of all, that back in the early 20th century, the rupee was the currency note of many other countries such as Aden, Omen, Kuwait, Bahrain, Qatar, Kenya, Uganda, Seychelles, and Mauritius.

DID YOU KNOW THE REAL MEANING OF THE INDIAN RUPEE SYMBOL? Being derived from the Devanagari letter ‘Ra’ and the Roman capital letter ‘R’, the symbol of the rupee was designed by Udaya Kumar, who is an Associate Professor and Head of Department of Design, IIT Guwahati. He was completely creative to design such a unique symbol for the Indian currency. The letters specifically picked to indicate the words ‘Rupiah’ in Hindi and ‘Rupees’ in English.

TO MINT A 10 RUPEE COIN, IT COSTS 6.10 RUPEES: Ever since March 2009, the 10 rupee coin gets in circulation economically. It was RBI who made up their decision to mint 10 rupee coins and thus the cost for minting the coins cost nearly 6.10.

RANI KI VAV IN 100 RS CURRENCY NOTE: Have you ever noted Rani ki Vav stepwell in 100 Rs note? It not, then just check it out now and you will find the stepwell on the currency note. Recorded as UNESCO heritage in 2014, Rani Ki Vav is located in Gujarat and is illustrated in the currency note.

PRESS ‘CTRL+SHIFT+$, TO ENTER THE RUPEE SYMBOL: The symbol of the Indian Rupee was launched earlier and sure, we all might have studied in our school days. Later, Microsoft released an update for using symbols on the keyboard yet many people still exist with skeptical questions for typing the symbol of the currency note. When it comes to Windows 7 and 8, you have to use the keys like Crtl+Alt+4 shortcut on your keyboard. Well! You might think of checking it now on your PC or laptop, just do it immediately.