Things to do in Alleppey 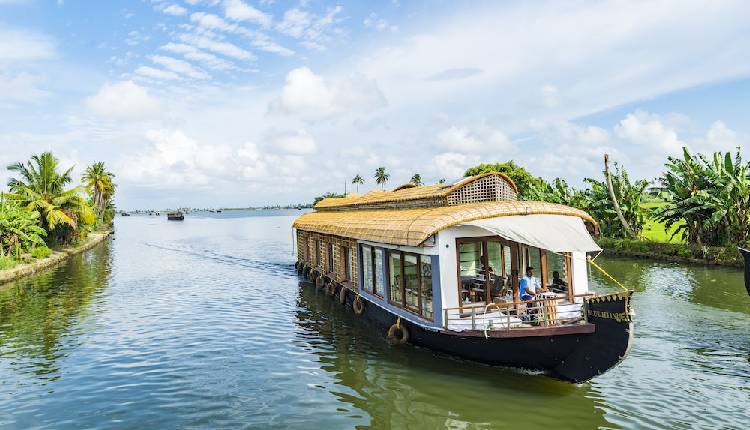 Situated in God’s own country or Kerala, Alleppey is officially known as Alappuzha. It is borders the Laccadive sea and also known for its wide network of interlinking palm-fringed canals called backwaters and revitalizing Ayurvedic resorts where you can rejuvenate yourself. Alleppey is known as the “Venice of the East” and also staggeringly known for its Houseboat cruises which pass via the tranquil backwaters, you can have the glimpses of green paddy fields, choir making activities and you can also witness the life of locals in Kerala. A serene walk on the shores of Alleppey beach that is widespread in the Arabian Sea, which is considered to be the beautiful gem.

Alleppey is placed in the list of top honeymoon places worldwide and it is the only place from India which is listed. A stay at a houseboat amidst the peaceful ambience is what the God’s own country offers you and also the positive vibes of an amazing place. Have an awesome walk with your loved one and also enjoy the delicious food of the candlelight dinner by the flamboyant sea. The best time to visit this vibrant place is from November to February. You can have merriment stay for 3 to 4 days over here and purchase at Pulickattil handicrafts. Here are the things to do in Alleppey.

Alleppey is said to be the Paradise for the souls that are in search of nature. It is no less than the European city and so it is rightfully called Venice of the East. It attracts both in its beauty as well as in history and culture. All you need to do is to hire a boat and just lost amidst the stream where you can dip your chaotic soul. Have you ever heard that the backwaters were once used for transportation, fishing, and agriculture? Yes! And presently, it has emerged as a famous tourist spot. You can enjoy viewing the sunset, bird watching, village visits, star gazing, also witnessing the day-to-day life of the farmers and the fishermen. Just hire a boat and inhale the toxic-free ambience!

Cheer the snake boat race! So, one of the most exciting events held in Lake in Alleppey is the Nehru Trophy Boat Race which is conducted during the Onam festival. The event got its name after Prime Minister Jawaharlal Nehru came to witness the event, where he once got engrossed in the event and jumped on one of the boats which later won the race. Thus, the event has been called the Nehru Trophy Snake Boat race. Here, you witness the thrilling competition, the men rowing the boats, cheerleaders motivating and you will also be electrified by the ambience where you will also turn into a cheerleader.

You may also like: Best Places to Celebrate New Year

Are you waiting to see a place of white sand? Then, Pallippuram is one such place which is a tiny village located in the Vembanad Lake. It is known for its white sand and it is an offbeat place if you are seeking for it.

A large part of Alappuzha or Alleppey is covered by a place called Kuttanad and some of Kottayam district which is the heart of backwaters in Kerala. This is known to be the ‘rice bowl of Kerala’ as it is home for pastoral rice fields and by traveling through this geographical way, it proffers you with countryside life of Kerala. An hour of travel at this place will give you the best sceneries of Kerala’s greenery.

This particular beach is famed through a celebrated novel as well as a movie titled “Chemmeen”. If you are really waiting to get lost in the village scene, then Thottapally beach is the best choice. The Thottapally spillway which is located nearby is also quite an attractive tourist spot. It helps to split the freshwater of the Thottapally Lake and the saline water at the mouth of the river which drains into the Arabian sea. The tourists visit here often for its quaint and charming beauty.

One of the quintessential things to do in Alleppey is trying out all the local cuisine available over here. You might have tried tasting the famously known Puttu Kadala, Appam, Vada, curry and other traditional Kerala foods yet might also try the homemade fish and seafood and almost all of these dishes incorporate the aroma of coconut. Enjoy every spoon of the mouthwatering foods of Kerala at Alleppey!

Alleppey provides a divine and unique experience with all of its tranquil environment. Additionally, to enrich the perfect atmosphere, you can also treat yourself with relaxing spa and massage facilities that are available almost at every resort and hotel. You could revive yourself with herbal oils and steam baths over here.

Here is the most interesting thing to do in Alleppey, when you are done with the delicious food and soul-soothing roaming, you could finally go for happy shopping at Alleppey. Some of the most common things to purchase over here are some authentic spices, handicrafts, coir products, South Indian Jewellery, textiles, carpets, and trinkets. This naturally greenish city also has some massive malls where you can shop for other branded items.

John Kokken As Krish, Veera as Radha In Thunivu

7 Dreamy International Cities to Explore Before You Enter your 30s