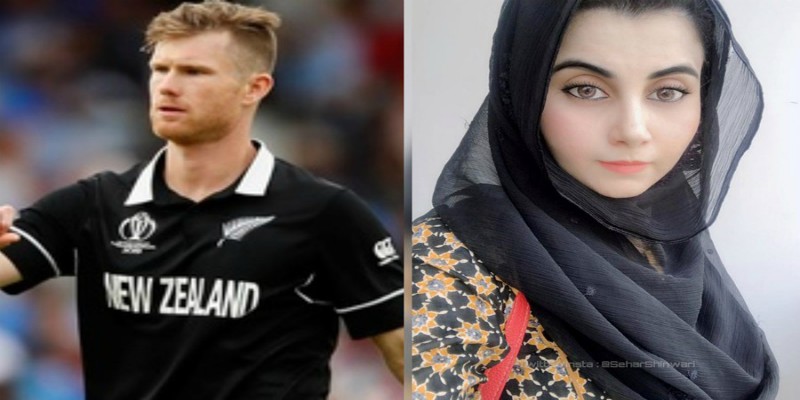 A Pakistani television actress caught netizens attention for asking James Neesham to be her future baby daddy. Sehar Shinwari responded to Jimmy’s tweet and asked if he would ‘like to become the father of her future children’ along with a wink emoji.

However, the New Zealand cricketer also had a witty let down for the actress. His first tweet which received Sehar’s request was, “I feel like I have a much-lessened fear of eternal damnation in hell thanks to traveling through LA Airport a few times”.

Since then the actress has gone on a spree claiming the Indian media of trolling her by ridiculing her tweet and praising the cricketer for rejecting her. One of her tweet mentions, ” I got bored of this is the headline of Indian media “Jimmy rejects sehar’s offer” ab Pecha chorh b do is Khabar ka If he had to reject this offer he could’ve simply ignored my tweet. But he was somehow interested thats why he replied, “I really feel like the emojis were unnecessary”