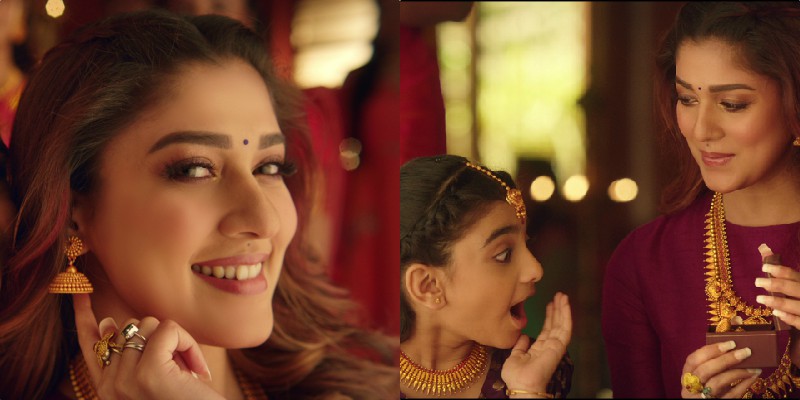 September 10, 2019: Tanishq, India’s trusted jewellery brand has launched a new TVC campaign targeting its large customer base in Tamil Nadu.  The new TVC, featuring Southern super star and face of Tanishq South, Nayanthara will showcase Tanishq’s strong understanding of the consumer, culture and customs from a local perspective. This new TVC campaign aims to bring alive that Tanishq is at the heart of every auspicious celebration, which is rooted deep within the cultural context of Tamil Nadu.

Conceptualized with Lowe, the 60-second film has Nayanthara joining the celebration in different occasions – first birthday of a child, baby shower and golden wedding anniversary. To add more local flavor, the eclectic montage is set to the tune of ‘Kummi adi’, a traditional Tamil folk song which is an integral part of all celebrations from weddings to smaller ceremonies at home.

Speaking about the film, Deepika Tewari, Associate Vice President– Marketing, Jewellery Division at Titan Company Limited said, “Tamil Nadu has always been one of our primary focus markets because of our history with the state and the fact that we started our journey by establishing our first store in Chennai and our factory is also located at Hosur. Tanishq’s traditional designs and craftsmanship are a perfect fit with the jewellery preference of Tamil Nadu. The film is an attempt to tell our customers how deep-rooted we are as a jeweler, in every joyous and auspicious moment in their life. To crown it all, Nayanthara, with her elegance and striking beauty brings more glitter to the film, just like our brand.”

Quoting about the film, Sagar Kapoor, National Creative Director at Lowe Lintas, said, “With a large line of jewellery players in Tamil Nadu, Tanishq needed a strong emotional connect to win the hearts of Tamil Nadu.  The films speaks a simple language of connections by reaffirming the rooted Tamil identity through a popular Tamil folk song ‘Kummi adi’, a folk song which is an integral part of all celebrations from weddings to smaller ceremonies at home. The film features Nayanthara at her graceful and elegant best adding a touch of joy to every auspicious celebration.”

The film is now live on the following link: https://www.youtube.com/watch?v=6E81y1B3GWc