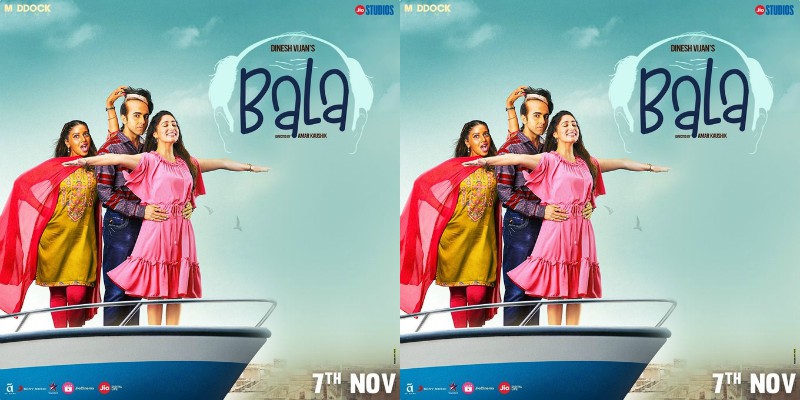 The makers of Bala, starring Ayushmann Khurrana, Yami Gautam and Bhumi Pednekar, dropped a new poster and the trio is looking hilarious in their movie avatars!

Fresh out of the success of Dream Girl, actor Ayushmann Khurrana is leaving no stone unturned to promote this forthcoming quirky romantic drama about a man, who is suffering from alopecia.

The film is helmed by Amar Kaushik and produced by Dinesh Vijan. Actor Ayushmann Khurrana stars as Bala, a man living in Kanpur who is suffering from alopecia, and the story is about his lack of confidence and the societal pressure that comes with balding.

The film has its fair share of troubles with Sunny Singh starring Ujda Chaman, which is also based on the same subject. Due to the box-office and copyright tussle, Ujda Chaman has been preponed.

Bala will be theatrically released in India on 7 November 2019.