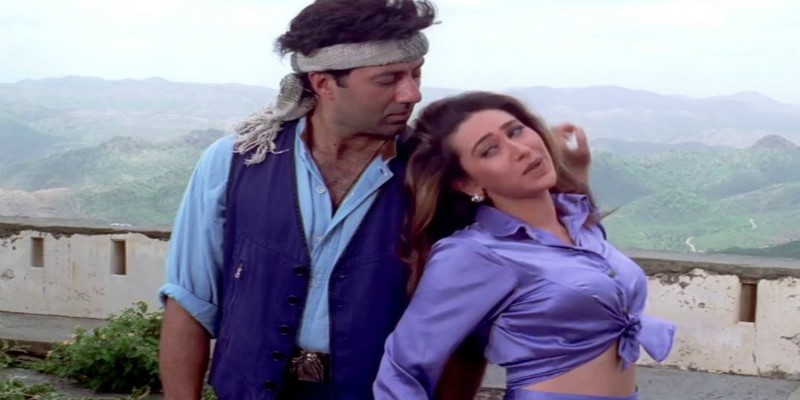 Sunny Deol and Karisma Kapoor were recently roped into a chain pulling case for their 22-year old film, the railway court has now framed charges over them. The actors reportedly pulled a chain on Naraina Railway Station in Rajasthan during the shooting of Bajrang.

The two lead actors have been accused of violating Sections 141, 145 for nuisance, 146 for obstructing a railway servant in his duties and 147 for trespassing of the Railway Act. Karisma and Sunny have challenged the railway court in a sessions court, they submitted a revised petition which states they entered the station with stunt doubles, Tinu Verma and Satish Shah who then stopped the train in question.

The shot caused a delay of 25 minutes to other passengers traveling, assistant station master at the moment lodged the complaint. He stated that few people from Mumbai who came for shooting a movie illegally stopped the train.  The film crew was shooting for Bajrang at Sanvarda village near Phulera in Jaipur.

The next hearing for the case is on September 24, when three witnesses have been summoned for the same.