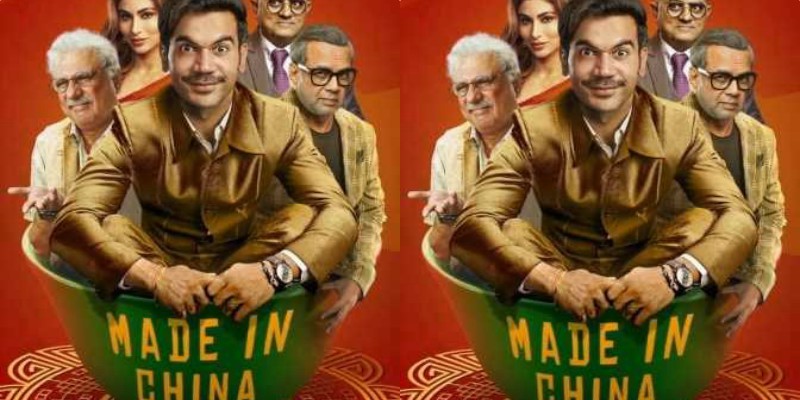 An entrepreneur on the sprawl to make a name for himself finds a magic pill which is better than Viagra, and voila, the magic and tragedy unfolds laced with business, ideas and the ways of the world.

Rajkummar Rao as an upcoming smart and ambitious entrepreneur discovers a magic pill (performance-enhancing drug), he strikes a business deal with one of the most successful sexologist in India (Boman) and strikes gold. But every good thing comes with a price and downfall, and that is the main crux of “Made In China”.

The trailer for the film is out and it is impressive and brilliant. Actor Rajkummar Rao dropped the trailer on his social media profile. He captioned it, “This Diwali, get your hands on the Soup-er hit Jugaad of the Year! Presenting the #MadeInChinaTrailer…#IndiaKaJugaad #DineshVijan @MusaleMikhil @Roymouni @bomanirani @raogajraj @SirPareshRawal @vyas_sumeet @AmyraDastur93 @PVijan”

Made In China is directed by Mikhil Musale, director of National Award-winning Gujarati film Wrong Side Raju.

The film explores the story of a Gujarati businessman, played by Rao, who goes to China to increase his business prospects. The film is scheduled to be theatrically released on 25 October 2019, coinciding with Diwali.