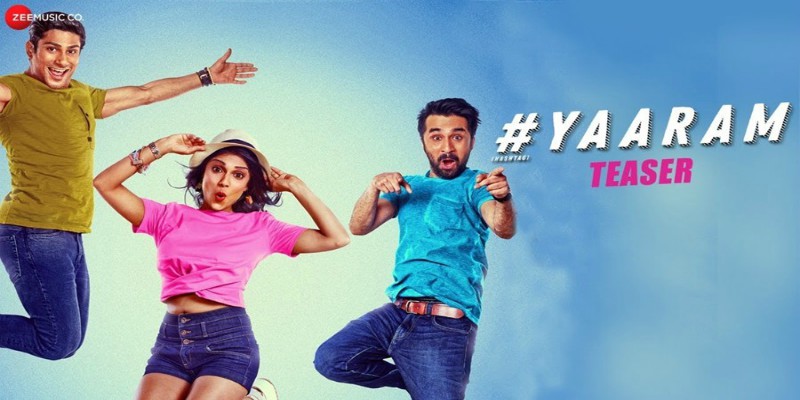 Actor Prateik Babbar, Ishita Raj, Siddhanth Kapoor, Subha Rajput starring Yaaram is out with its first official teaser. This one is romantic-comedy about three friends and their struggles in life. The star cast also includes Anita Raj and Dalip Tahil.

Trade Analyst Komal Nahta dropped the teaser of the film on social media. He captioned it, “The #YaaramTeaser ft. @prateikbabbar @siddhanthkapoor @its_ishita & @iamsubharajput is here and gives an absolute positive feel. Produced by #VeejayMulchandani & Directed by @itsovaiskhan the film is set to release on 18th Oct. Check out the teaser”

The movie is being directed by Debutant, Ovais Khan and music is composed by Sohail Sen, Jeet Gannguli and Rochak Kohli. The movie is entirely being shot in Mauritius. The producer of the movie is Vijay Mulchandani.

People have high expectations from this movie as the tale of three friends is always a joy to watch for every generation. The caption of the movie also says “Fall Apart to Fall Back Together” which is kind of interesting for the fans.

Prateik was last seen in the movie, “Chhichhore” in the negative role and Ishita’s last movie as the lead role was Pyaar Ka Punchnama 2.