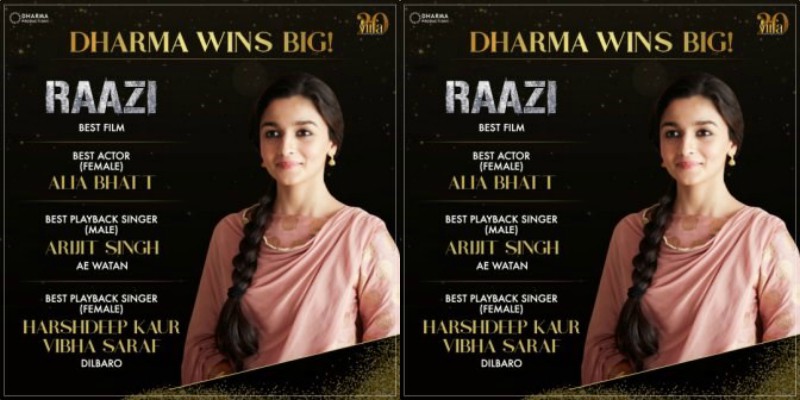 Made under Dharma Productions,  the film is an adaptation of Harinder Sikka’s 2008 novel Calling Sehmat, a true account of an Indian Research and Analysis Wing (RAW) agent who, upon her father’s request, is married into a family of military officials in Pakistan to relay information to India, prior to the Indo-Pakistani War of 1971.

Actress Alia Bhatt bagged the award for her performance, whereas Arijit Singh won for Ae Watan and Harshdeep Kaur took the trophy for Dilbaro song.

The ceremony took place last night in Mumbai when Bollywood stars came together under one roof for IIFA (The International Indian Film Academy Awards) 2019.