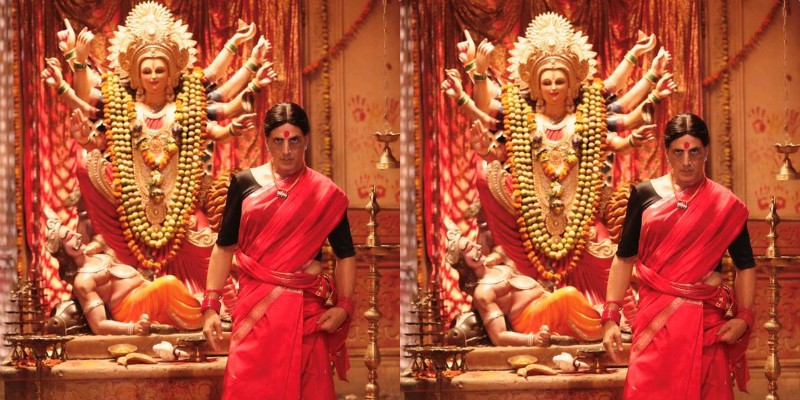 Akshay Kumar unveiled his look as Laxmmi from the upcoming film, saying it is a character he’s both excited and nervous about but then life begins at the end of the comfort zone.

Actor Akshay Kumar just dropped the first look from the film on his social media profile. He captioned it, “Navratri is about bowing to the inner goddess and celebrating your limitless strength. On this auspicious occasion, I am sharing with you my look as Laxmmi. A character I am both excited and nervous about… but then life begins at the end of our comfort zone…isn’t it? #LaxmmiBomb”

The actor took social media by storm with his first look from the horror-comedy film. In the image, Akshay is seen wearing a red saree, a big red bindi and a wig tied up to a bun. He seems to be standing in a temple in front of an idol.

The remake of the super-hit Tamil horror comedy Muni 2: Kanchana, Laxmmi Bomb revolves around Raghava, and the story follows the tribulations of a cowardly man who fears the supernatural, and then he gets possessed by the ghost of a transgender woman Laxmmi, who takes revenge on the ones who destroyed her life.

Kiara Advani will be seen sharing screen space with Akshay. The film is slated to hit the screens next year.

Akshay Kumar will soon be seen in Good News, Sooryavanshi and Housefull 4