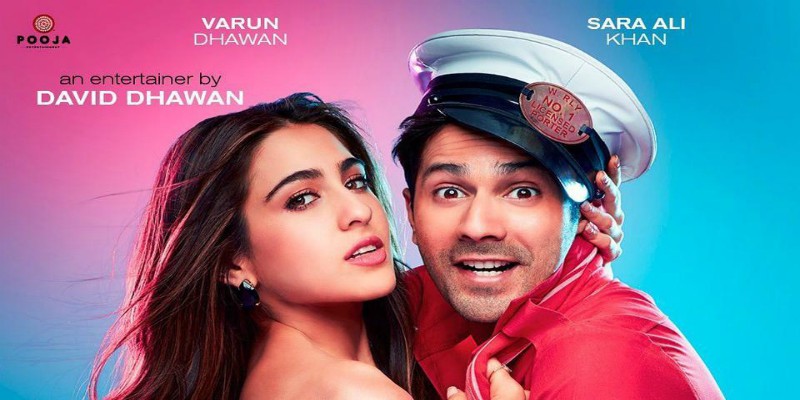 Bollywood Actor Varun Dhawan and Sara Ali Khan’s upcoming film Coolie No 1 witnessed a massive fire breakout at the sets in Filmcity, Goregaon. The fire erupted during noontime and soon fire-fighters rushed to take over the situation.

Police and fire department immediately rushed to the accident spot on receiving information from the people present on sets. The reason behind the fire is yet to be ascertained.

According to reports, there were no casualties and the team, including Varun Dhawan, Sara Ali Khan, and director David Dhawan, were safely escorted out.

Producer of the film and actor Jackky Bhagnani took to his social media and thanked the fire-fighters for immediate action and well being of everyone on the sets. He tweeted, “We would like to thank the Firefighters , Mumbai Police, and the BMC officials for their immediate assistance, after a concerning situation on the sets of #Coolieno1 The fire was put out immediately with no casualties. I want to thank everyone for their concern and wishes”

Coolie No. 1 is directed by David Dhawan, also features Paresh Rawal. Produced by Vashu Bhagnani, Jackky Bhagnani, and Deepshika, the movie will release on May 1, 2020.

Coolie No 1 shooting had commenced in Bangkok, and after wrapping up one schedule of the film, the makers were shooting for the remaining portions in Mumbai.