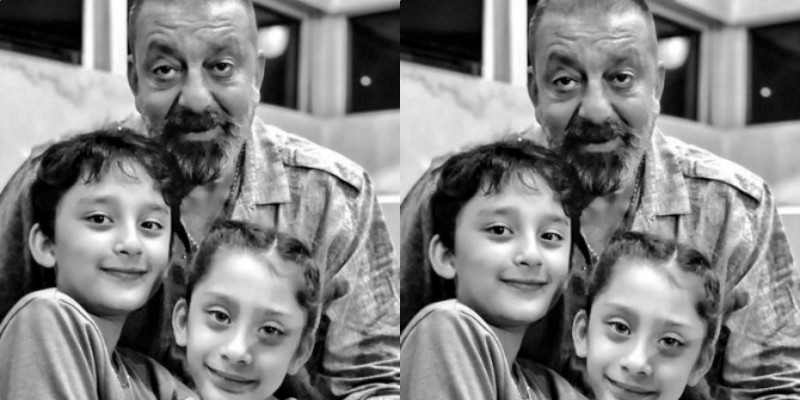 Superstar Sanjay Dutt just took to his social media profile and wishes a very happy birthday to his twin kids – Shahraan And Iqra.

Sanjay Dutt has never been happier since his twins were born. The two kids, Shahraan and Iqra, have turned a year older today and Sanjay Dutt couldn’t help but share an adorable picture with them. The picture is absolutely heart-warming!

He shared the picture with the caption, “There’s no greater joy for me than spending time with my precious, Shahraan & Iqra. I love you both. Happy birthday  #ProudDad”.

Meanwhile on the work front, Sanjay Dutt made a splashing entry with Prassthanam, the movie fared well with critics and fans. Next he has lined up a series of releases, such as Torbaaz, Panipat, Sadak 2, Shemshera, K.G.F: Chapter 2 and Bhuj: The Pride of India.

K.G.F: Chapter 2 is directed by Prashanth Neel. The film is a sequel to K.G.F: Chapter 1 which was released in 2018 and stars Yash in the lead reprising his role from the first film and Bollywood actor Sanjay Dutt as the antagonist marking his debut in Kannada. The film is expected to be released in 2020 and will be dubbed in Hindi, Malayalam, Tamil and Telugu languages.

Sanjay Dutt will be seen teaming up with Arjun Kapoor and Kriti Sanon for the first time in Panipat, which is a historical period drama film directed by Ashutosh Gowarikar. The film is scheduled to release on 6 December 2019.