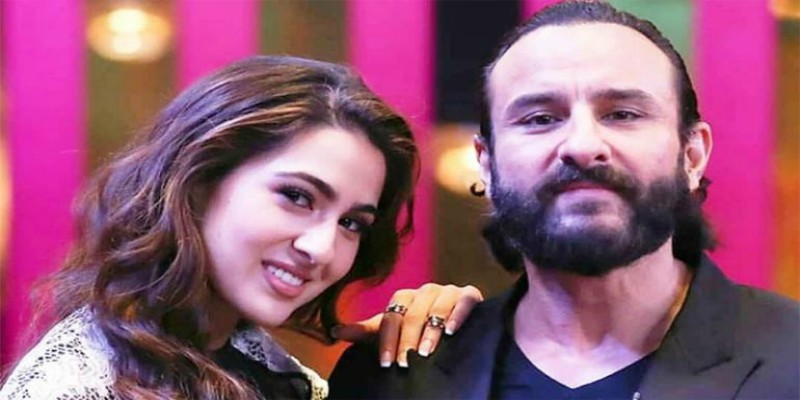 Saif Ali Khan who just released the revenge drama ‘Laal Kaptaan’ recently opened about daughter Sara’s rumored relationship with Kartik Aaryan. The actor during the promotion of his film in an interview said, ‘if she has chosen him, then he must be nice’

Sara Ali Khan earlier talked about having a crush on the Bollywood actor while on Koffee with Karan with Saif Ali Khan. And since then she bagged an Imtiaz Ali directorial with him and wrapped up the shooting earlier this year.

Saif during an interview with a leading entertainment portal said he trusts Sara’s values. “In-person Sara is good, she knows what she wants and usually likes nice people. So I’m sure he’s (Kartik) a lovely guy because you know I have full trust in her values and what kind of things she would be drawn to. So you know, if she likes him, then he must be nice,”

The two have been working on separate projects currently. While Sara is shooting for Coolie No 1 with Varun Dhawan, Kartik is shooting for Pati Patni Aur Woh with Bhumi Pednekar and Ananya Panday.

Imtiaz Ali’s ‘Love Aaj Kal 2’ is a sequel to the Deepika Padukone and Saif Ali Khan starrer is the same name.