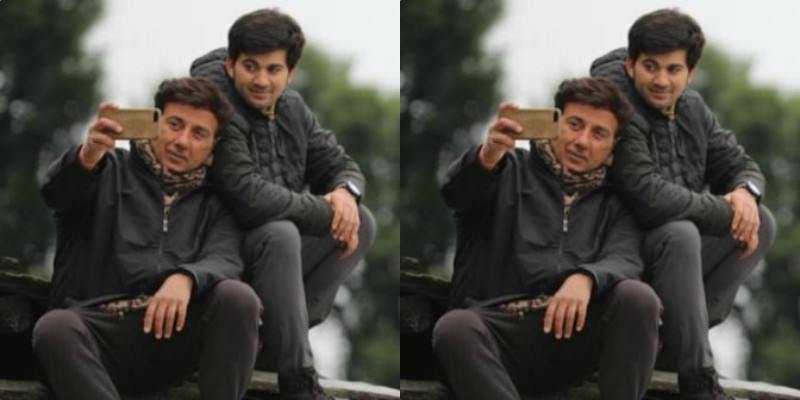 Debutante Karan Deol will be seen making his acting debut with Pal Pal Dil Ke Paas and now the newbie has crooned the new song, Aadha Bhi Zyaada, from the film.

Actor and Politician Sunny Deol’s debut directorial ‘Pal Pal Dil Ke Paas’ has been making all the right noises. The film, that marks the debut of his son Karan Deol along with Sahher Bammba, is one of the most awaited films of the year.

After making the audience groove with their foot-tapping dance number, the makers have now unveiled yet another song from the movie. Titled, ‘Aadha Bhi Zyaada’, the song is a soulful track that you will listen to on loop.

Featuring the lead pair, Karan and Sahher, the song is composed by the musical duo Sachet Tandon and Parampara Thakur. The song has lyrics by Siddharth – Garima and it’s been crooned by Hansraj Raghuwanshi along with Karan Deol making his debut with rapping in the song.

Directed by Sunny Deol, the film is all set to hit the theatres on September 20, 2019. The film will be clashing at the box-office with Sonam Kapoor and Dulquer Salmaan starrer ‘The Zoya Factor’ and Sanjay Dutt starrer ‘Prassthanam’.

SriLanka’s Pulathisi Express, a ‘Make In India’ Train, Made In Chennai