Karan Johar Is All Praises For Thalapathy Vijay And Atlee 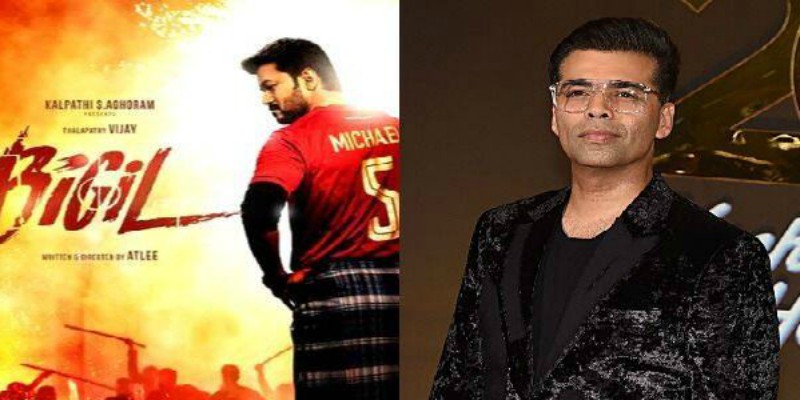 Filmmaker and producer Karan Johar just took to his social media profile and all praises for Thalapathy Vijay and Atlee for sports drama Bigil.

South drama Bigil is written and directed by Atlee and produced by Kalpathi S. Aghoram under the banner AGS Entertainment. The film stars Vijay and Nayanthara in lead roles. The film has music composed by A. R. Rahman. The film released theatrically on 25 October 2019, with critical and commercial success.

Karan Johar just tweeted, “What an absolute festive joy #BIGIL is!! A roller coaster of emotions, triumph and an unparalleled adrenalin rush! #ThalapathyVijay is in top form and makes you want to whistle along! He is BRILLIANT! @Atlee_dir goes on to prove he is the master of This game!! SUPERSTAR DIRECTOR”

Unbelievable Health Benefits of EGG YOLK You Have Ever Known