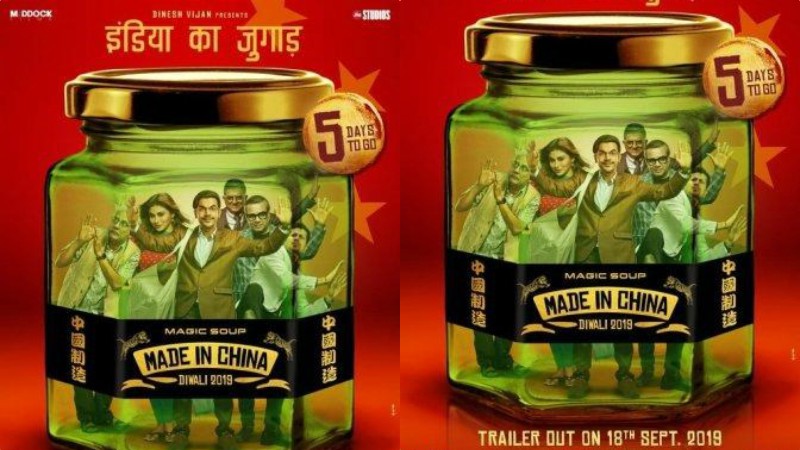 The makers of Made In China, starring Rajkummar Rao and Mouni Roy, are out with first the official poster and trailer release date of the film. The film is a romantic comedy directed by Mikhil Musale, director of National Award-winning Gujarati film Wrong Side Raju, and bankrolled by Maddock Films.